Skills of special persons need to be developed: Alvi 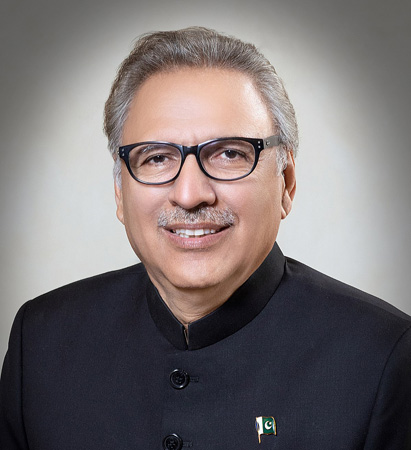 Realizing the less contribution of differently abled persons within society, President Arif Alvi Tuesday said that the skills of DAPs should be developed to bring them in the mainstream as they could play a vital role in development of the country.

He expressed these views while addressing the foundation stone laying ceremony of upgraded complex of Al-Shifa Trust, Special School & Rehabilitation Centre here. He emphasized that there was the need for mainstream schools and skills development programs for differently-abled persons

According to the world survey, there was 12 to 14 per cent differently abled persons (DAPs) and some of them were physical disabled but mentally stable, the president said, adding the Sign Language Technology had been developed at such level where it could help them to read, write and speak. Appreciating the some organizations like KFC and others for hiring DAPs, Dr. Arif Alvi asserted that the jobs should be created for them as they could play their roles in the organization as they needed the jobs, not charity.

The president said the society should come forward and extend all kinds of support to these persons as they were part of the society. He underscored the need for proper care of differently-abled persons and philanthropists to come forward to support them.

He stated that our Holy Prophet Hazrat Muhammad (Peace be upon him) had stressed philanthropy and social revival.

The president said that the government had provided Rs 2000 per month to special persons under the ‘Ehsaas’ program.

While applauding the efforts of the ‘Ehsaas’ program during COVID-19, he said that Pakistan had efficiently coped with the situation and the world had appreciated the steps taken during the pandemic.

President Alvi said that the universities had been directed to play their role in providing physical access to differently-abled persons in schools, colleges and universities. Higher Education Commission (HEC) had issued directives to the universities not to charge the fees from special persons to encourage their education, he added.

The president appreciated the efforts taken by Pakistan International Airline (PIA) for running the schools for special children, asking the people especially from Karachi to donate for such work which could help the special children to live better life by playing their role within the society.

While addressing the ceremony, Chief Executive Officer (CEO) Pakistan International Airline (PIA), Air Marshall Arshad Malik urged the society to come forward in fund raising to support the special cause. He further informed that Al-Shifa was the flagship set up of PIA commenced as a Social Welfare agency in 1967 in collaboration with Civil Aviation and converted into Al-Shifa Trust in 1981.

Emphasizing the need for acceptance of differently-abled persons in the society, he termed it a great gift for DAPs. PIA was fulfilling corporate social responsibilities besides its corporate role, he added.

A beautiful Tableau was presented by special children of Al-Shifa Trust at the end of the ceremony that was highly applauded by President Arif Alvi and Begum Samina Alvi. The ceremony was attended by foreign diplomats, MPAs and dignitaries.

President Dr. Arif Alvi during his address at the inauguration ceremony of Jinnah Urban Forest being created within the premises of Quaid-e-Azam Masouleum Management Board said that about 10 thousand saplings were planted in Presidency during his tenure. President Alvi said over 100,000 saplings were distributed at door steps in Karachi. Later an idea was shared with seed attached to pencils, that were distributed in schools

The President said not only saplings were distributed but responsibilities were assigned to students on class levels to take care of the planted saplings. “Plantation has to be a passion at a national level” said the President adding that efforts are underway to create Miyawaki forest on about 15 acres of land on corporate social responsibility basis. He said, climate across the globe improved during COVID-19 which means nature is giving signals to focus on environment.