Pakistan a test case for FATF to prove its fairness: Farogh 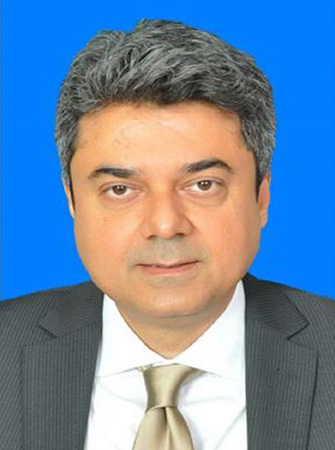 Minister for Law and Justice Farogh Naseem has said that Pakistan implemented almost all points of the Financial Action Task Force (FATF) to come out of its grey list, hoping the forum would not be used for any political move.

Pakistan’s case with the FATF would be a test case to gauge the forum’s fairness as “out of 27 points, Pakistan has implemented 26. The international watchdog needs to apply the laws to all countries without any prejudice,” he said in an exclusive interview with Turkish state news agency Anadolu on the sidelines of an event in Istanbul.

“Even the FATF people are good people. I’m not being critical about them, but as long as these (FATF) standards are universally applied, and not applied to only Pakistan, and as long as there is no international politics, then we welcome FATF. Let it be applied to everyone,” he said, when asked why Pakistan was still on the list. “There should be no international politics, but FATF is being used to arm twist. Then what can we say?”

The France-based FATF, founded in 1989 on the initiative of the G7, an organization of the world’s seven largest advanced countries, monitors countries’ money flow and penalizes those whose financial systems are abused for money laundering and terrorism activities.

“I think we have met all objectives. At the (FATF) October session, Pakistan is going to give a very good roundup of whatever it has done,” Farogh Naseem said. “I’m very hopeful,” he said when asked whether Pakistan would exit the list. “And I’d like to believe it’s a fair system. These international standards should be applied everywhere to every country,” the minister said adding Pakistan was “grateful to Turkish brothers” for their support at the FATF besides China.

He proposed the establishment of a joint legal forum between Pakistan and Turkey besides intern exchange programs and the sharing of experiences between lawyer communities of the two countries.

He said Pakistani and Turkish lawyers are “capable of fighting their own cases at all forums.” In a conversation with a group of Turkish lawyers hosted by 2nd number Bar Association of Istanbul in honor of the minister, Farogh Naseem said former judges and lawyers of the two countries could come together and the two countries could together fight cases of a commercial nature in the international arena. Referring to illegal immigration to Turkey, he said officials from Pakistan and Turkey were “working on a daily basis to cease this problem.”

He also shared in detail the “transformation taking place in Pakistan” with regard to the delivery of justice. His ministry, he said, has proposed around 650 amendments to the Pakistan National Assembly to make the dispensation of justice “fast and durable.” The minister said with Imran Khan’s government has been in power for three years, “this transformation has already started.” “We have made a new law, the inheritance law, and it takes 15 days for the succession certificate or the letter of administration to be issued,” the minister said. He said earlier that it would “take four to seven years for a court to decide” about the letter of administration or a succession certificate.

“Then we made an attempt with the Civil Procedure Court. As you know that in India and Pakistan, it takes about 20 to 30 years before any civil dispute is settled. The problem is not just in Pakistan, but in many other countries. So what we did is that we made amendments, and those amendments ensure that a civil case would be tried within one year. It is working in Islamabad, Khyber Pakhtunkhwa. In Punjab, there is a little problem,” he added.

The minister said Pakistan is also working on women’s empowerment laws, calling it “a very big step.” Farogh Naseem said women, whether rich or poor, educated or uneducated, can file a case with regard to property rights with female ombudsmen, who are “available all over Pakistan.”

“Those women ombudsmen would decide their cases in between three to six months. So again, a great expedition (of case disposal) is available as far as that is concerned.” He said many amendments have been brought to “revamp the criminal justice system of Pakistan.”

“We have proposed about 650 amendments, and I think it’ll take a few months before they had been passed by the National Assembly and the Senate,” he said. “Once it is done, a criminal trial, which takes years, will finish in nine months. These are matters which are not transformed in two or three years,” he said, citing the UK as an example, where civil law reforms took about 20 years.

Farogh Naseem claimed that the Pakistan Tehreek-e-Insaf (PTI) government developed these reforms in a “record time,” adding he said, “But it will take a little time for the courts and the lawyers and the litigants to adjust with these reforms.” “We have reformed and revamped the complete criminal justice system,” he said, adding Pakistani society was an “over-litigated society” with cases of all nature.