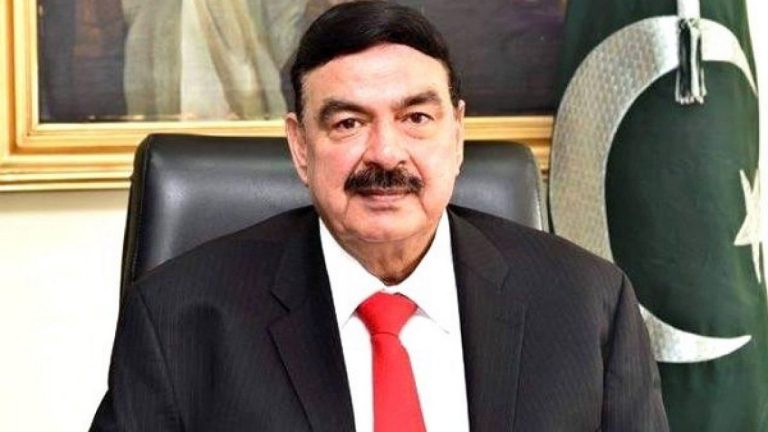 ISLAMABAD: Interior Minister Sheikh Rashid Ahmad said on Monday that civil-military relations were on an even keel and the country faced no problem in this regard. “Everything is okay. I’m not in a position to give an official statement. Only Fawad Chaudhry and Defence Minister Pervez Khattak can speak in this regard. However, I want to say that the civil-military relations are steady and there is no problem in this regard. Whenever transfers are made, they take place as usual,” he said while addressing a press conference here, reports Online.

Sheikh Rashid said the PDM should keep in view the region’s current political scenario while making political decisions. Responding to a question, he reiterated that Prime Minister Imran Khan will complete his five-year term. He said Afghanistan desk will be set up at the PM’s office under the prime minister’s directives and the interior ministry will be its part. He said long-lasting peace in Afghanistan was a prerequisite for stability in the region and the world.

The minister said Pakistan wanted peace and stability in Afghanistan because it was in the best interest of both countries as well as the whole region, reports APP. “Things are changing fast in the region and Pakistan being a responsible state would fulfil its responsibility of national security while meeting international expectations as a major country in the region with the objective to strengthen peace in Afghanistan. The world knows that Pakistan is a responsible country in the region,” he said.

Sheikh said Prime Minister Imran Khan had truly said that the international community should support Afghanistan on humanitarian grounds. He said a large number of people attended the funeral prayers of Dr Abdul Qadir Khan. “Best arrangements were made by the Ministry of Interior, Islamabad Police, Capital Development Authority and the army.” He said two graves were prepared, one at the Faisal Mosque and the second at the H-8 Graveyard adding that it was the decision of Dr Qadir’s family to bury him at the H-8 Graveyard.

He said all those having more than one passport can surrender their passport by October 30. He said the government had reduced fee for dual CNIC process, while the dual passport process fee will also be reduced. He said the Federal Investigation Agency (FIA) had been tasked with checking the hoarding of dollars and the government had decided to audit five major companies in this regard. He said 88 people had been arrested for hoarding dollars while 10 more will be arrested.

He said action had been taken against 136 Nadra officials involved in wrongdoing. The borders of Torkham and Chaman have been placed on the biometric system, while the remaining borders will also be added to the system.