CTD captures terrorist linked with a banned outfit in Sahiwal 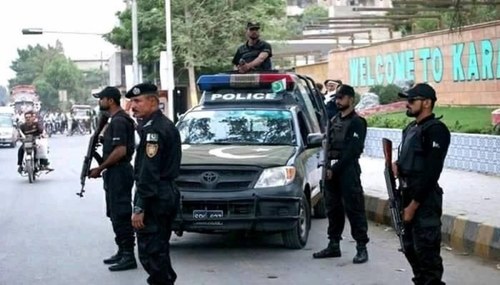 SAHIWAL: On Tuesday, the Counter-Terrorism Department (CTD) have detained a terrorist allied with a proscribed organization during an operation in Sahiwal.

According to a CTD spokesperson, a terror activity was thwarted in Sahiwal as a CTD team raided Adda Mirda Maafi and arrested a terrorist affiliated with a banned outfit.

During the raid, the CTD personnel also recovered hand grenades, detonators and other explosive material from the possession of the arrested outlaw. After the arrest, the terrorist has been shifted to an anonymous place for investigation.

Earlier last month, the Counter-Terrorism Department (CTD) of Punjab police shot down three alleged terrorists, planning attacks on sensitive installations and departments, amid a shootout in an intelligence-based operation.

The raid was conducted by the Lahore CTD branch in the Ferozewala area where the three alleged terrorists rented a house, said the department’s spokesperson.

The three deceased terrorism suspects are Ehsan Ullah, Naimat Ullah and Abdul Salam and were shot dead during an operation conducted after a coordinated information and intelligence gathering, the department had said.