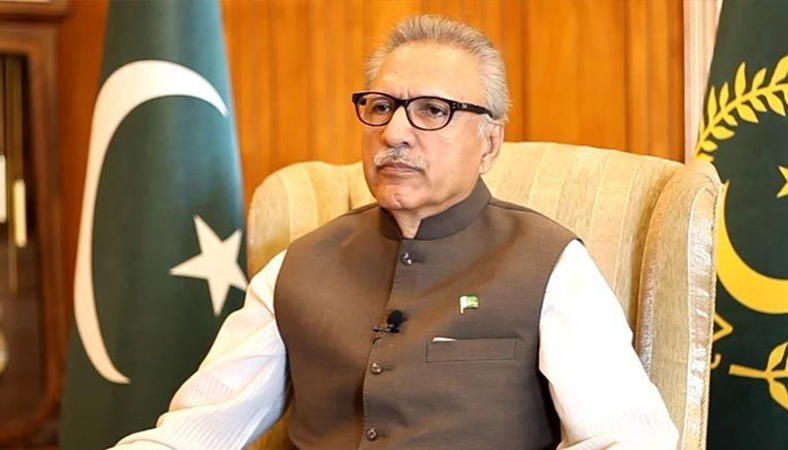 President Dr. Arif Alvi has stated that Pakistan’s Gwadar Port and UAE’s Jebel Ali Port can only “complement the international trade and make each other stronger.”

“Gwadar Port is the closest to central Asia states It is an addition to the international trade, it is a different business situation, a different pipeline for goods,” the President said in an interview with WAM, the Emirates News Agency on Sunday.

“It will complement the international trade and add to what Jebel Ali is doing, so both ports can make each other stronger, ” he added.

WAM News Agency also quoted President Alvi as saying in an interview in Dubai that his country wanted to follow the example of the UAE in attracting investments.

Talking about his meeting with Sheikh Mohammed and the 50-year anniversary of the establishment of diplomatic relations between Pakistan and the UAE, Alvi said, “It was a pleasure to meet His Highness, I admire and appreciate the role that Dubai plays in the world. Dubai understood it well [doing business], it has limited resources, but it invited the resources of the whole world to it.

“He gave me his book [My Story], which is in Urdu, and I will definitely read it because I’m interested in his biography of how he led to change. Leadership is about taking the right decisions, taking people and decision-makers alongside you and then you take your country to new heights. That is a unique Dubai and UAE experience, and that is what we want to do in Pakistan as well.

“The relationship with the UAE has improved tremendously over the years, do you know why? Because of mutual trade, the Pakistani diaspora working here, and for the fact that we always want to build new bridges. The foundation is strong; it is based on brotherhood and a common religion, and as the world is looking for peace in this region, the UAE and Pakistan have always sought peace.”

Pakistan is the first country to recognise the UAE as a nation in 1971. Today, the UAE is considered Pakistan’s biggest trading partner in the Middle East with bilateral trade amounting to US$6 billion, according to the latest figures from the Embassy of Pakistan in the UAE.

President Alvi explained how his country can learn a lot from the way that the UAE has positioned itself as an investment and trade hub in the world.

“There are two important things that the UAE did, which we are trying to do, it is a safe country, and it established a brick-and-mortar domain in the last 30 to 40 years.

“It said to the investors, ‘Come here, establish factories, there are no taxes, do whatever you want to do, export it.’ People were very glad to do that.

“Pakistan is trying to create another business domain, like the UAE: we have special economic and export zones, where industrial brick-and-mortar investments are being encouraged. We also have a special technology zone authority where people can bring in capital and the government guarantees that you can take the capital out, you can take your profit out, there are no taxes – no income or sales taxes It is a capitalist paradise.”

Since 2014, the UAE has contributed over US$200 million to polio eradication in Pakistan, as part of the UAE Pakistan Assistance Programme (UAE PAP).

The President believed that the Programme had led to “tremendous progress in the last couple of years,” adding “I’m hopeful that we would see zero [polio] cases very soon.”

“There are three things that we are doing with the help of the UAE: improving education, taking care of the health of women and neonates and women empowerment and inclusion into the digital economy,” he added.