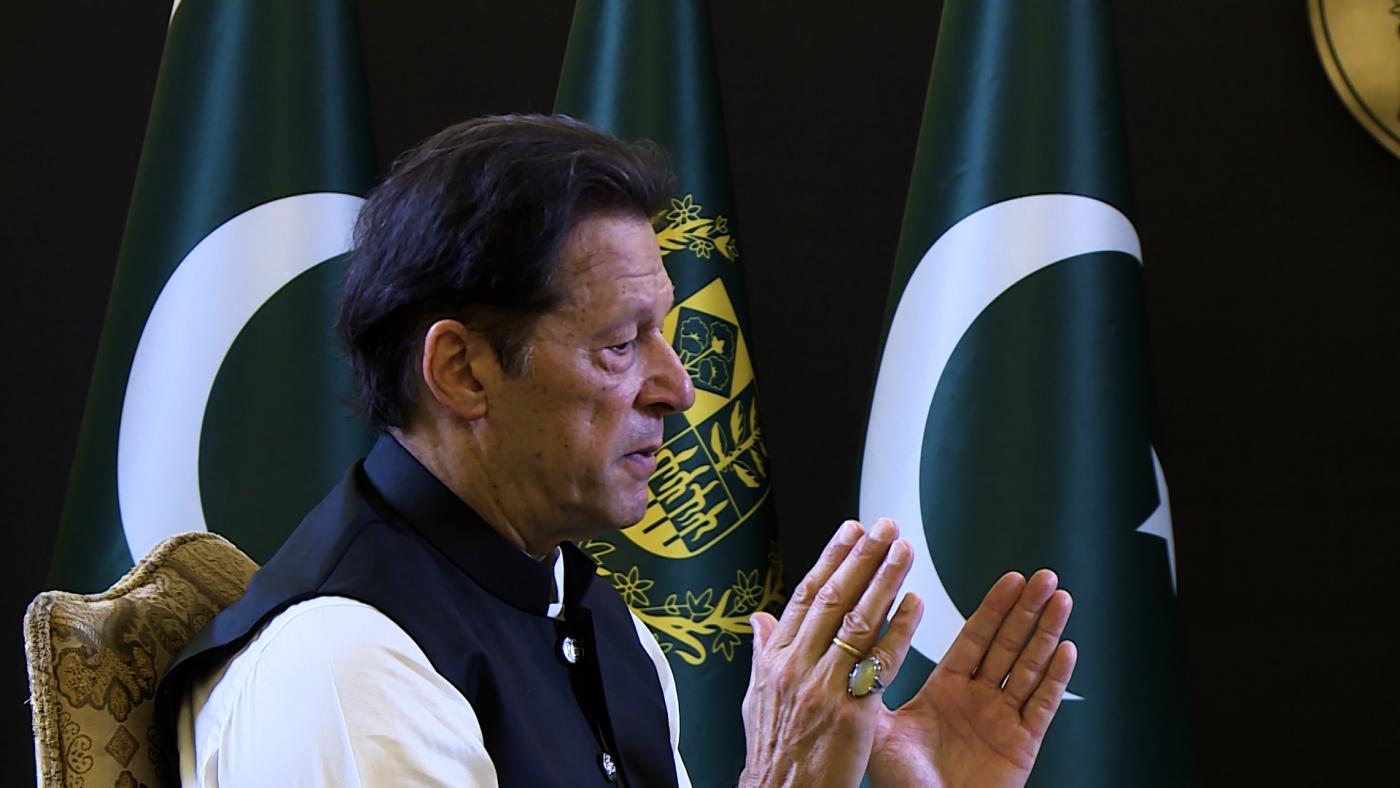 ISLAMABAD: On Monday, Prime Minister Imran Khan asserted that the government is in contact with the different groups of the Tehreek-e-Taliban Pakistan (TTP) from a position of strength.

Imran Khan said that Islamabad is trying to reach the elements within the TTP who can be reconciled “because it’s from a position of strength”.

“I always believed all insurgencies eventually end up on the dialogue table, like the IRA [Irish Republican Army] for instance,” he explained. “We now have to talk to those we can reconcile and [persuade to] give up their arms and live as a normal citizen,” he added.

He further spoke about Pakistan’s role in the War on Terror, saying that Pakistan had lost 80,000 citizens and its economy had been left devastated.

The premier maintained that the Taliban had guaranteed Islamabad that the TTP would not harm Pakistan. He blamed India for supporting and promoting terrorism in Pakistan via Afghanistan, during the Ashraf Ghani-led government.

World should engage with Afghanistan

“Events in Afghanistan are still evolving, people like us still don’t know where it will go,” he said. “The US vacating the region will create a vacuum,” he acknowledged.

Imran Khan said that Afghanistan is important that connects Pakistan to the Central Asian countries. “And so, it is a very important country that way,” he said. “It should not be a ‘US vs China’ camp. Now, it should be about economic ties, economic connectivity. That’s what we are looking for,” he added.

“And yet the government [in Afghanistan] is looking for international acceptability,” he explained. “So it wants an inclusive government. It talks about human rights and not wanting its soil to be used for terrorism.”

PM Imran Khan said that Afghanistan is going through difficult times and pleaded with the world to engage with the country.

PM Imran Khan says he hasn’t talked to Biden yet

The prime minister also spoke about US President Joe Biden, saying that he has not contacted Joe Biden yet as he is arguably the most powerful person in the world.  “Well, you know, it’s up to him. It’s a superpower,” he said.

When the interviewer reacted that it’s “absolutely astonishing” that the two leaders had not yet spoken, PM Khan said: “Well, our security chiefs have spoken. Our foreign minister has been in touch with the US foreign secretary. But no, we haven’t spoken, but we are in touch,” he added.

The premier spoke about his visit to the US back in 2008, adding that he had spoken to Biden, John Kerry and Harry Reid – then all senators – warning them that they were committing a mistake for themselves in war-torn Afghanistan.

Khan said he had warned the three that the military solution would enhance the conflict in Afghanistan, however, he added that they did not listen to him.  He added that Pakistan Army Chief General Ashfaq Parvez Kayani had delivered the same message to US President Barack Obama a couple of years later.

“But unfortunately, they were led by their generals. And do you know what generals always say: give us more troops and more time,” he added.

A bloodbath was expected by Pakistan in Afghanistan

When asked about the Taliban takeover of Afghanistan, the cricketer-turned-politician said: “We have been so relieved because we expected a bloodbath but what happened was a peaceful transfer of power. But we also felt we were blamed for this,” he noted.

The premier maintained that the Afghanistan Army, numbering around 300,000 troops, had surrendered without a fight to the Taliban. “So clearly we did not tell them to surrender.”

When asked whether the Taliban had formed an inclusive government in the country, Khan admitted it was not one. However, he said the current Afghan government, as per the Taliban itself, was transformative.

He said Pakistan was closely working with regional countries, Tajikistan and Uzbekistan, which had more sizable ethnic populations, to ensure the Taliban agreed to a more diverse representation in its government.

‘Most insane way of fighting terrorism’: PM on drones

“It is the most insane way of fighting terrorism. Doing a drone attack on a village mud hut and expecting there will not be casualties. And a lot of time the drones targeted the wrong people,” he stressed.

When asked whether Pakistan will allow the US to launch strikes into Afghanistan, targeting Daesh, the prime minister said: “They don’t need a base here because we do not need to be part of a conflict again.”