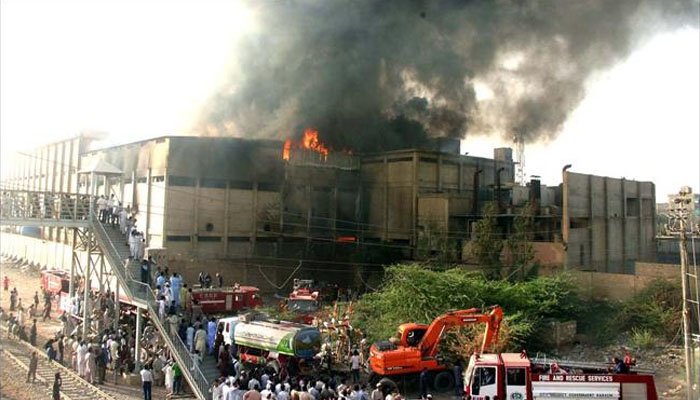 The deputy director Sindh Building Control Authority (SBCA) Korangi reached the court to seek bail in the case. The district and sessions courts after granting interim bail to the SBCA official directed him to appear before the trial court in the case.

So far, three officials have gained interim bail in the Korangi factory fire case, while 10 suspects named in the case are still absconding.

Last week, police had submitted an interim challan in district and sessions court in the Korangi factory fire case that claimed 16 lives in the month of August.

The police in the interim challan had stated that five more accused including DC Korangi, Anwar Mugham, Rizwan Arain, Salman Shahid and Khawar Hayat are absconders in the case.

On August 27, at least 16 labourers had burnt to death as a blaze erupted in a chemical factory. It is located in Korangi’s Mehran Town of the port city.

The labourers working for the factory had said that there was only one way to enter or exit the building. Whereas, the blaze made it impossible to reach it.