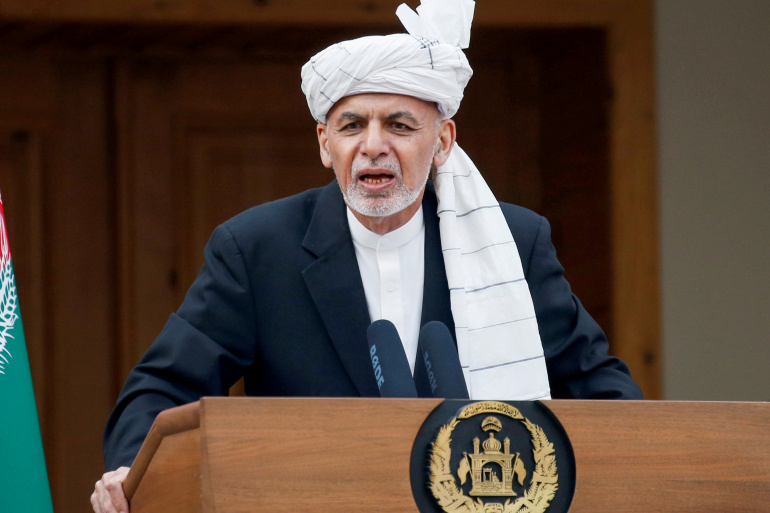 In his staggering revelation, the guard maintained, “I have a [CCTV] recording [from the palace] which shows that an individual at the Afghan Bank brought a lot of money to Ghani before he left.”

While talking with Mail Online, the underground Afghan general further said, “Hundreds of millions, perhaps billions of dollars. There were many big bags and they were heavy.”

He asserted that the money was meant to be for the currency exchange market, adding that each Thursday, dollars were brought for that purpose. “Instead, it was taken by the president. Ghani knew in the end what would happen. So he took all the money and escaped,” he added.

The Afghan general said that it was an extraordinary step and he never thought that Ghani would do that, adding that he has all the proofs and will share when reaching a secure place.

Earlier, the general failed to reach the airport on August 16. Since then, his extended family — 14 members, including his university-educated wife and three children, the youngest of whom is a son aged nine months — has been fleeing.

The president never told them he was going, he said, adding, “They just escaped and left me behind.” While remembering, General Sharifi said that on August 15, he left home to go to work at the presidential palace as usual.

“Then I went to the defence ministry ahead of the president. He was supposed to go there to talk about the defence of Kabul (against the approaching Taliban)”

The general added, “One of my jobs was to disarm the soldiers on guard at the ministry before the president arrived, for his security.”

“We were waiting for the president there. But then I got a call to say that instead of coming to the defence ministry, the president had gone to the airport.”

Sharifi said he has just one gun and one bullet. “If the Taliban come here, I will kill myself. If they capture me they will kill me anyway,” he added.