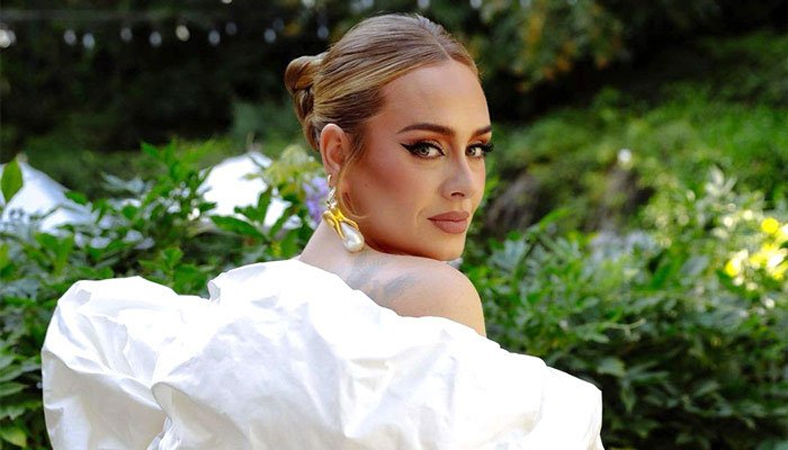 Adele has said she wants to host “Saturday Night Live”. The “Hello” hit maker made its guest presentation debut at a late-night entertainment show last October. She admits that she wants to start over.

At the first Instagram Live with fans on Saturday (09.10.21), the 33-year-old Grammy award winner told fans when asked if they enjoyed it: Go live, but I loved it-I definitely host it again.

“I absolutely loved it.”

Her nine-year-old son Angelo and a London-born star in Los Angeles also complained that she drank a lot of wine in the blockade.

She confessed: “My favorite thing about the blockade was to drink wine.”

The “Someone Like You” singer, who is dating sports agent Rich Paul, also revealed that he recently had two new puppies and heard them barking in the background.

When Adele hosted “SNL” a year ago, she enjoyed her impressive weight loss.

Adele joked about her slender figure in the opening solitude: But in reality, due to all COVID restrictions and travel bans, I had to travel lightly and could only take half of it. This is the half I chose. ”

She also talked about her history at “Saturday Night Live” after her first appearance as a musical guest in 2020, 12 years ago.

She states: A show that not only I really love, but also broke my career here in America 12 years ago.

“I was a musical guest when Sarah Palin came with Tina Fey in 2008, so obviously millions of people watched it and the rest is now history. . ”

Adele concludes her first confession by thanking the frontline workers who formed part of the live studio audience for their relentless efforts in the face of an ongoing coronavirus pandemic. I did.

She states: “Before starting the show, I would like to express my heartfelt thanks to the frontline workers here in the audience.