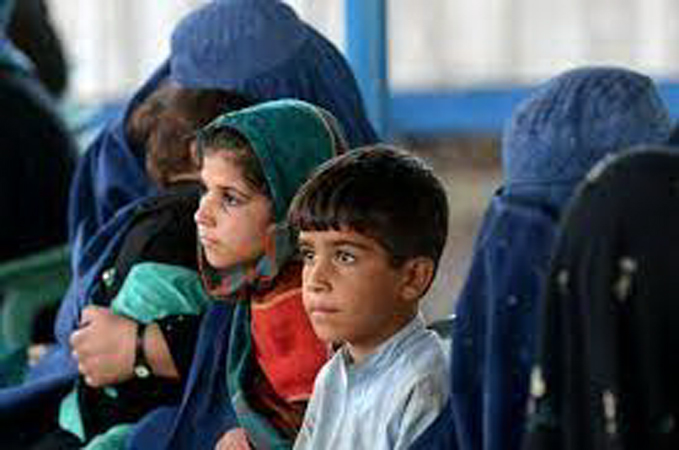 The Afghan citizens evacuated from Afghanistan by the United States and other Western countries, are now experiencing the uncertain situation as the outpouring sympathies have started to dwindle and overshadowed by the political gimmickry in their host countries.

The future of these refugees is by no means certain as most of the countries have been reluctant to grant them asylum and other facilities they were promised and entitled to under the international law, various leading writers, researchers and analysts observed.

A recent report in the renowned “The Guardian” said Afghans who recently arrived in the UK after fleeing the Taliban takeover have asked to be sent back, casting doubt over the success of Operation Warm Welcome, the government’s Afghan resettlement programme. Boris Johnson launched the programme on 29 August to help Afghan refugees arriving in the UK by providing support so they could “rebuild their lives, find work, pursue education and integrate into their local communities”.

However, a widespread lack of housing means hotels have been commandeered as emergency temporary accommodation for 7,000 Afghan refugees, the report said.

The report quoted one doctor as saying “I’ve had a few patients telling me they want to go home. One guy, who was 67, kept saying: ‘I can’t take this anymore. I have to get out of this [hotel] room.’?

There are also concerns over healthcare for those held in hotels following the evacuation from Kabul airport, with one charity describing confusion over access.

One council leader described the government’s programme as a “shocking failure”. Councilor Danny Thorpe of the Royal Borough of Greenwich, south-east London, said the lack of organized government support when 700 Afghans arrived in the borough in August was “unforgivable”.

Jill O’Leary, lead doctor at the Helen Bamber Foundation, which is working with 650 clients, said the situation was “muddled and confused”. Andrea Mammone, a historian at Royal Holloway, University of London and visiting fellow at the European University Institute, in his article posted on Al Jazeera Tv website, said that European politicians had done relatively little to help Afghans in view of their moral responsibility for their plight.

The writer said for a country like Afghanistan, that was facing an imminent humanitarian catastrophe and an exodus of people seeking asylum, this is by far not enough. “Worse still, some European politicians have started using the Afghan crisis as an opportunity to score political gains. The EU’s stance on the situation in Afghanistan, and the plight of the Afghan people, appears to be identical to that of the far right.” Mammone opined while criticizing the approach.

He observed that proposals to externalise migration management and humanitarian protection through the creation of “buffer zones” or offshore reception centers were not new. The historian further stressed that the EU should show the world that it was not escaping from its responsibilities and that its member states were indeed working together to uphold the self-declared core values of the bloc: human dignity, freedom, democracy, equality, rule of law and human rights.

Chico Harlan, a senior bureau at the Washington Post, in his article said the path out of Afghanistan and toward Europe resembled the one experienced by those now in Athens – rife with obstacles and dangers, sometimes created intentionally by a continent that has sought to prevent the historic waves of refugees it saw in 2015 and 2016.