With little hope for change, Iraqis vote a year early

* Prime Minister Mustafa al-Kadhemi's future hangs in the balance, with few observers willing to predict who will come out on top

Iraqis voted Sunday in a parliamentary election a year early as a concession to an anti-government protest movement but seen as unlikely to deliver major change to the war-scarred country.

Many of the 25 million eligible voters were expected to boycott the polls amid deep distrust in a political class widely blamed for graft, unemployment and crumbling public services in oil-rich Iraq.

Prime Minister Mustafa al-Kadhemi’s future hangs in the balance, with few observers willing to predict who will come out on top after the usual political haggling between factions that follow Iraqi elections. “This is an opportunity for change,” Kadhemi said, casting his ballot in Baghdad’s fortified Green Zone. “Get out there and vote, change your reality, for Iraq and for your future.”

Three hours before polls were due to close at 1500 GMT, voter turnout was estimated at just over 30 percent, electoral commission chief Jalil Adnan said.

“Unfortunately we have only seen a very low turnout at this point… This is a clear political signal, and one can only hope that it will be heard by the politicians and by the political elite of Iraq,” she said.

Few voters expressed enthusiasm among those who queued in the fifth election since the 2003 US-led invasion that ousted dictator Saddam Hussein with the promise of bringing freedom and democracy. “We want change,” said Mohammed, 23, who asked not to have his full name published.

“I have a degree in Arabic literature but I clean toilets in a restaurant — it’s humiliating.”

Housewife Jimand Khalil, 37, said she hoped her vote would help “to change the current leaders who are incompetent”.

The election was held under tight security in a country where the major parliamentary blocs have armed factions and Islamic State group jihadists have launched deadly suicide attacks this year.

Voters were searched twice at polling stations. Travel between provinces was banned and restaurants, shopping centres and airports closed.

The vote was marred by technical problems at some stations, including malfunctioning equipment and fingerprint readers, said the prime minister’s office and AFP journalists.

One soldier was killed and another wounded by “accidental fire” from a fellow soldier at a polling station in Diyala province, east of Baghdad, officials said.

Authorities also reported the arrest of 77 suspects for electoral “violations”.

Preliminary results of the vote are expected within 24 hours, but the final outcome could take 10 days. The official turnout figure for Iraq’s last polls in 2018 was 44.5 percent.

A new single-member constituency system for electing Iraq’s 329 lawmakers is supposed to boost independents versus the traditional blocs largely centred on religious, ethnic and clan affiliations.

But many analysts believe the change will be limited.

“The election will likely result in another fragmented parliament, followed by opaque, corrupt horse-trading,” wrote researchers Bilal Wahab and Calvin Wilder in an analysis published by the Washington Institute.

“Few expect this election to amount to more than a game of musical chairs, and the (protest) movement’s core demands — curbing systemic corruption, creating jobs and holding armed groups accountable — are unlikely to be met.”

The election is being held a year early in a rare concession to the youth-led protest movement that broke out in October 2019 in Baghdad and swept across much of the country. Tens of thousands took to the streets to vent their rage at corruption, unemployment and other problems, and hundreds lost their lives in protest-related violence.

Dozens more activists have been killed, kidnapped or intimidated since, with accusations that pro-Iran armed groups, many of which are represented in parliament, were behind the violence.

While the movement largely fizzled out as the Covid pandemic hit, anger has given way to disillusion among many.

“I won’t vote as long as the same faces and parties are out there,” pensioner Abu Aziz said, declining to give his full name.

Iraq by convention has had a Shiite Muslim prime minister, a Sunni parliament speaker and a Kurdish president.

The bloc of populist cleric Moqtada Sadr, already the largest in the outgoing parliament, is predicted to make gains but not enough to dominate the Shiite camp. Another major force is the Fatah Alliance, the bloc representing many Iran-backed Shiite armed groups, which is expected to roughly retain its share of seats. 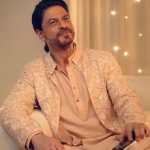 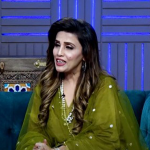 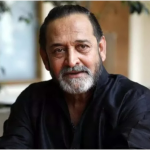 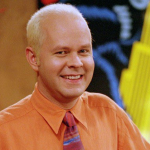 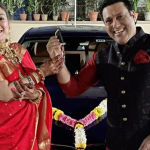