* 'My oldest twins, Roc and Roe, wanted a cell phone at 8,' Nick shared in the episode that airs Monday 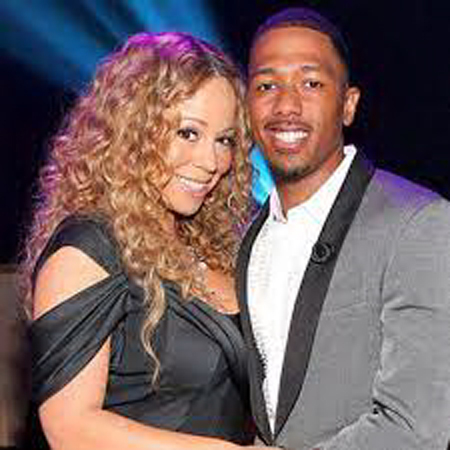 Mariah Carey apparently was not enjoying a sweet fantasy after Nick Cannon gave their twins a certain birthday gift this year.

On Thursday, Oct. 7, a preview clip from his daytime talk show Nick Cannon showed the 41-year-old host of The Masked Singer revealing that ex-wife Mariah wasn’t pleased when he went behind her back to buy cell phones for their twins Moroccan and Monroe to celebrate their 10th birthday in April. Nick and Mariah finalized their divorce in 2016, and he has since welcomed five children from other relationships.

“My oldest twins, Roc and Roe, wanted a cell phone at 8,” Nick shared in the episode that airs Monday, Oct. 11. “And they have iPads, and I was all for it-I am all about it. But Mariah was like, ‘Uh-uh, they ain’t gonna be googling us! Learning about all their new brothers and sisters, no. We aren’t playing.'”

He continued, “And I respected it at 8. But then we kinda made a deal, so we said at 10, then they can have it. Mariah was still like, ‘Uh-uh, no!’ So at 10, I snuck, and I still got them the cell phones for their birthday.”

Nick went on to explain that the stars threw an elaborate bash for the little ones, where he gave them the gifts, knowing the 52-year-old “Fantasy” vocalist wouldn’t appreciate it. As it turned out, he was right.

“Mariah is still mad at me to this day,” the Wild ‘N Out star said with a laugh. Nick posted the clip to Instagram on Oct. 7, adding the caption, “I gave Roc and Roe cell phones for their 10th birthday – but Mariah didn’t want me to! WAS I WRONG?!”

Mariah has yet to respond publicly to Nick’s story. 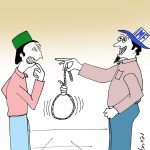