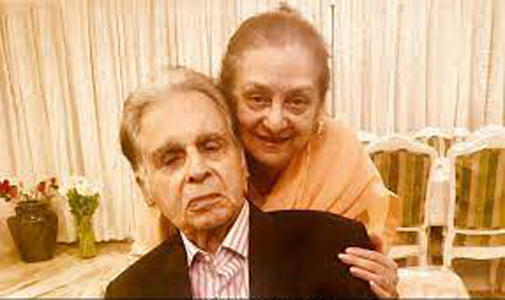 After the death of veteran actor Dilip Kumar, on July 7 this year, wife Saira Banu has been keeping unwell and was also admitted to a hospital.

For the first time since Dilip Kumar’s death, Saira has now opened up about how she is coping with the loss. A few days before their 56th wedding anniversary on October 11, Saira shared a handwritten note with The Times of India remembering the cinema icon.

Saira Banu’s note read, “This October 11 is the 56th wedding anniversary of my Love and Kohinoor Dilip Sahib and I.”

It further said, “I am writing this to especially express gratitude to the multitude of well-wishers, dearest friends and family who have so lovingly and thoughtfully sent us the remembrance of this magical day for both of us. Dilip Sahib and I, when time stood still and the sky was lit with a million happy sparkling stars… our wedding, the beginning of a sharing of a life of ecstatic togetherness… and now no matter what, we still walk together hand-in-hand, in our thoughts and being until the end of time.”

She further wrote, “Dilip Sahib has been that iconic guiding light not only for me but for all those generations who’ve stepped forward in their lives exemplified by his gracious presence and personality. Dilip Sahib is forever… Aameen. May Allah always keep him in his love and blessings… Aameen.” While she was in the hospital, Saira’s spokesperson Faisal Farooqui had told indianexpress.com, “Saira Ji’s doctor Nitin Gokhale suspects that there could be an issue with her left ventricular, for which she will need to go through an angiography, but that’s not urgent. But we are going with what the doctor says. All said and done, Saira ji is stable and should be out of the hospital soon.” She was later discharged.