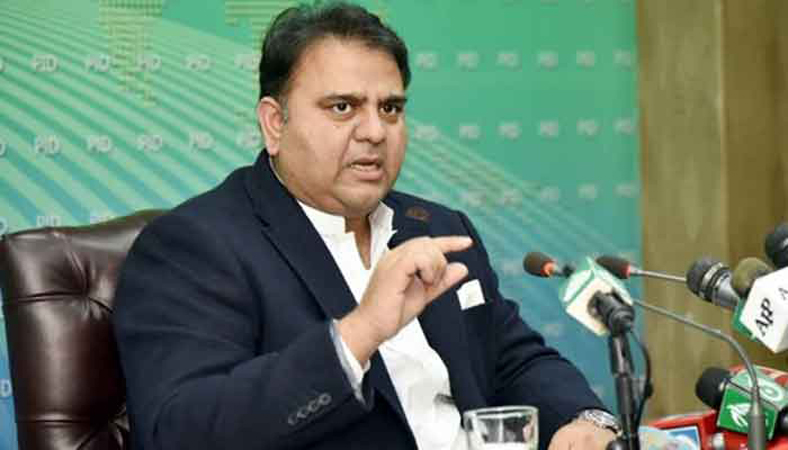 Minister for Information and Broadcasting Chaudhry Fawad Hussain said on Saturday that PML-N President Shehbaz Sharif should not vent his anger on the injustices done to him within his party by making ‘unconstitutional and undemocratic’ demands.

In a statement in response to the press conference of Shehbaz Sharif and JUI-F chief Maulana Fazlur Rehman, he said that the former must first decide whether he was ‘inside’ the party or the elder brother had ‘thrown him out’ with the help of his close aides.

The minister maintained that PML-N politics has been buried by Nawaz Sharif and his daughter. He said those who excelled in the art of corruption in Pakistan had ruined their politics in London and they could not befool the people of Pakistan any more. He said that Sharifs have double standards. “If they are in power, they plead the government should complete the constitutional term but if the people give mandate to Imran Khan, they do not tolerate it,” he said. “Those who have been addicted to using public resources and protocols for decades, when they are without power and authority, they feel like a fish without water,” he added.

Fawad said that current inflation in the country was outcome of the billions of rupees of corruption and foreign loans taken by previous governments for personal gains. He advised Maulana Fazlur Rehman not to play with the democratic system to satisfy his political ego. He asked him to remember his speeches in the National Assembly in the past in which he used to say that the government should complete its term.

The minister opined that Nawaz Sharif was treating his brother and Maryam Nawaz her uncle Shehbaz Sharif the same way Zardari and Bilawal had dumped Fazlur Rehman. He said that Maulana Fazlur Rehman and Shehbaz Sharif should join hands and set up an association of victims.

Meanwhile, responding to critics of the government’s anti-corruption drive, Minister for Information and Broadcasting Chaudhry Fawad Hussain on Saturday shared details of the corruption allegedly committed by President PML-N Shehbaz Sharif and his son Hamza Shehbaz for laundering money abroad through fake accounts. The minister shared the details in a tweet which also included transcript of the case registered by Anti-corruption Circle (FIA), Lahore against Shehbaz Sharif and his son for opening and operating 57 ‘fictitious’ bank accounts in the name of low-wage employees of Ramzan Sugar Mill (RSML). “Since clear and convincing documentary evidence has transpired during the inquiry especially in respect of sugar mills owned by the Shehbaz Sharif family (Al-Arabia & RSML), the inquiry was upgraded into an FIR (FIR NO. 39/2020 of FIA Anti-Corruption Circle Lahore, and formal investigation was initiated on 14-11-2020,” read the copy of transcript.