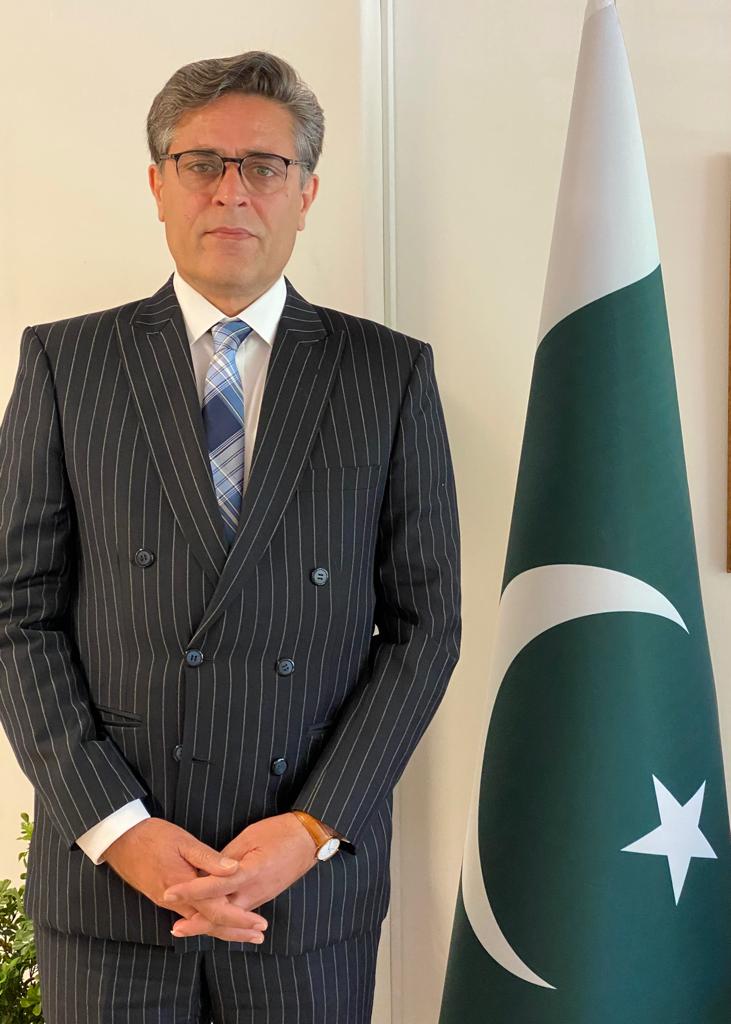 UNITED NATIONS: Pakistan has rejected as “ill-timed, ill-advised and potentially counter-productive” a European Union-sponsored resolution adopted by the UN Human Rights Council to install a special rapporteur to probe alleged abuses in Afghanistan, saying the move duplicates the existing monitoring and reporting process.

Underscoring that Afghanistan today was at an “inflection point”, Ambassador Khalil Hashmi told the 47-member Council that shaping international responses to the situation in the war-torn country required “prudence, proportionality and a strategy of engagement that accords primacy to the legitimate needs and aspirations of its people.”

“Amidst several justifiable concerns, there is also a real window of opportunity and a potential path to advancing the shared goals of peace, security, stability, development and human rights in Afghanistan,” the Pakistan envoy said in his national statement before the vote.

The vote on the EU resolution, which took place on Thursday, was 28 states in favour with five against and 14 abstentions.

Pakistan and other members of the Organization of Islamic Cooperation (OIC) voted against or abstained on the resolution.

“The OIC countries stand with Afghanistan at this critical juncture,” Ambassador Hashmi said in a statement he also made later on behalf of the 57-member Jeddah-based organization.

Speaking for Pakistan, Ambassador Hashmi pointed out that the Human Rights Council has already outlined human rights-related concerns and expectations from Afghanistan, and appointing a special rapporteur would not brings any added value. Instead, he underlined the need for active engagement with Afghanistan.

In this regard, the earlier OIC’s initiative to call a special session and to steer an international consensus demonstrated prudence, proportionality, willingness to engage and offer of assistance, he said.

At the current session, the Pakistani envoy recalled that the High Commissioner of Human Rights, Michelle Bachelet, has already presented an oral report on the situation of human rights in Afghanistan and will present a detailed report in March 2022. “Unfortunately, the EU-led initiative will precipitate divisions and derail the Council consensus,” he said.

Elaborating his concerns, Ambassador Hashmi said the resolution does not assess the rights situation against the backdrop of a protracted conflict in Afghanistan. He called the so-called ‘forward looking’ approach flawed as it fails to confront the reality of past human rights abuses committed by various actors, and instead seeks to pursue a politically convenient approach — evaluating only the evolving human rights situation.

“Designating a Special Rapporteur, who would carry out tasks already being performed by OHCHR and UNAMA (UN Assistance Mission in Afghanistan), hardly brings any added value,” he said, questioning whether such a mandate would help improve the ground situation or complicate it further.

“The track record of many of such mandates in conflict and post-conflict situation is unenviable,” the Pakistani envoy added.

The resolution, he said, does not take into account the lack of governance machinery and financial insolvency and how in the absence of these critical enablers, the human rights landscape can be improved in Afghanistan, and it is also not aligned with the overall approach of the UN and regional countries to prioritize humanitarian and financial assistance as well as an inclusive political settlement.

“Instead, the contents of the resolution will end up further complicating an already fairly complex situation,” Ambassador Hashmi said.

“We are deeply disappointed to note that such a partisan approach promotes a troubling notion at this Council that violations and abuses have an expiry date and that powerful States remain immune to accountability.”

Speaking on behalf of OIC, the Pakistani envoy also recalled its initiative for a Special Session in August 2021 to shape this Council’s response to various dimensions of human rights concerns in Afghanistan, and noted that the Council joined ranks in adopting a consensus resolution.

“In doing so, this body conveyed a united message of solidarity to Afghan brothers and sisters at this critical juncture,” the OIC statement said.

The statement reiterated OIC ‘s salient elements of the Special Session resolution, and said it believes that maintaining a unified stance of the Council is of paramount importance in alleviating the human rights situation in Afghanistan.

While noting that some of the elements of the OIC-sponsored resolution find reflection in the EU-sponsored text, the statement wondered whether it brings added value, as the text shies away from the notion of accountability.

“The OIC reaffirms the need for wide-ranging dialogue among all parties and representatives of the people of Afghanistan,” the statement said, adding that it underscores the imperative of active engagement of the international community with Kabul, including the UN, key international and regional actors on political, humanitarian, human rights and development tracks.

“International assistance remains critical for creating conducive environment where all the people of Afghanistan can realize their aspirations for human rights and needs,” it said.