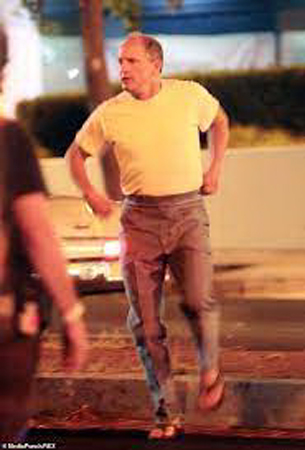 Woody Harrelson hit a man who allegedly didn’t stop taking pictures of him and his daughter. Police were summoned to the Watergate Hotel in Washington, DC around 11:00 pm (06.10.21) Wednesday and found several people, including a 60-year-old actor, following reports of assault on a roof deck. .. Deni (28), Zoe (25), Makani (15) and his wife Laura Louis (and his children). Police said a man who appeared to be drunk was taking pictures of Woody and his daughter, and a “The Hunger Games” star approached him and asked him to stop and delete the pictures he had already taken. .. According to police reports, Woody hit “to protect himself” after admitting that he had verbally fought with a man who “pushed his neck” to “grab his neck.” Witnesses confirm what happened to the “Three Billboards Outside Ebbing, Missouri” star, police tell NBC Washington that their statement was an invader. Said. An unnamed man taking a picture is cross-examined in a hotel room, and if charged, his name will be announced. The investigation is still underway. Woody, who is filming the HBO series “The White House Plumbers” in the city, declined to comment on the incident.