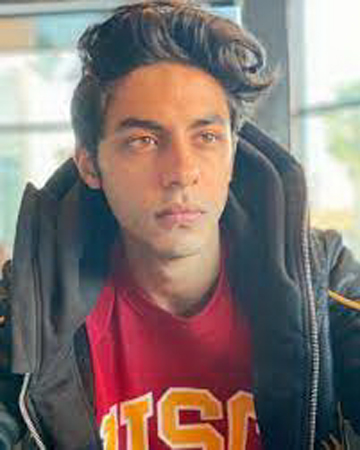 The Narcotics Control Bureau (NCB) on Friday bought Bollywood actor Shah Rukh Khan`s son Aryan Khan and other accused to Arthur Road jail in connection with the cruise ship drug raid case. Mumbai court on Thursday had sent Aryan Khan and seven others to judicial custody for 14 days in connection with a drug seizure on a cruise ship off the Mumbai coast. Narcotics Control Bureau took Aryan Khan to its office in Mumbai after producing him before the Esplanade Magistrate court. As many as 18 arrests have been made in the cruise ship raid case so far. Total 17 have been produced before the court and 18th person is yet to be produced before the Mumbai court.Achit Kumar, who is the 17th person arrested by the NCB, was today remanded to NCB custody till October 9. His arrest was made after his name was disclosed by Aryan Khan and Arbaz Seth Merchant. An NCB team busted an alleged drugs party on the Cruise ship which was on its way to Goa at mid-sea on October 2 night. Eight persons including Aryan Khan, Arbaz Seth Merchant, Munmun Dhamecha, Vikrant Chhoker, Ismeet Singh, Nupur Sarika, Gomit Chopra and Mohak Jaswal were produced before Mumbai`s Esplanade Court earlier which remanded them to NCB custody till October 7.