No plan to recognise Taliban govt in Afghanistan for now

* US Deputy Secretary of State says Washington is engaged in broad consultation with world for seeking a common approach on Afghanistan
* Qureshi says Pakistan wants broad, long-term and stable relations with US 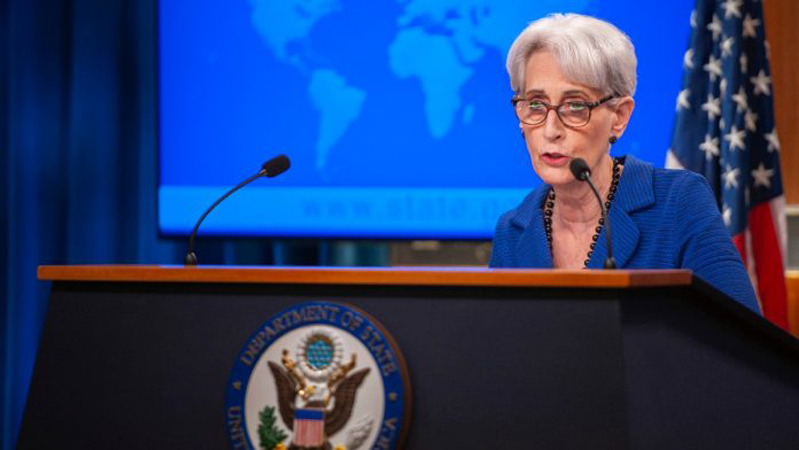 US Deputy Secretary of State Wendy Sherman Friday said that the United States is not recognizing Taliban government in Afghanistan at the moment, however the country was in broad consultation with the world for seeking a common approach.

“The United States, is not at this point recognizing a government in Afghanistan. As Secretary Blinken said legitimacy has to be earned. Over a period of time and set of actions, we need to see and understand how the Taliban is going to move forward,” she said in a brief media interaction during her two-day visit here.

Sherman said the US had been holding a broad consultation with the whole world including Russia and China. “US has made a clear and most of the international community agrees that we are looking for an inclusive government” and that Afghanistan should not be a safe haven for terrorism, human rights including women and children be upheld besides ensuring safe travel for Afghan people.

She said the Taliban has made many public commitments including to allow freedom of movement, an inclusive government, uphold human rights, allowing unhindered access for humanitarian aid and prevent Afghanistan from once again harboring terrorists trying to harm the United States and allies and partners. “We will not judge the Taliban on their words, but on their actions. And so far, their actions have fallen far short of those public commitments,” she commented.

Sherman said her conversation with NSA Dr Moeed Yusuf was “forthright and direct.” “Although the US military mission in Afghanistan has ended, our commitment to the Afghan people has not. We are extremely concerned about the worsening humanitarian situation in Afghanistan,” she remarked.

Sherman expressed appreciation for Pakistan’s efforts to provide humanitarian assistance to Afghanistan, saying that it should be “very proud of 42 years of helping Afghan refugees” and the US, as well as the world, was grateful for that. “It is an extraordinary system,” she said, commending Pakistan for persistently helping Afghan refugees over a long period of time.

Meanwhile, Foreign Minister Shah Mahmood Qureshi stressed that there was a fundamental convergence between Pakistan and the United States on the need for a peaceful settlement in Afghanistan. He expressed the hope that the new setup in Afghanistan would make concerted efforts for peace and stability as well as work towards the betterment of the lives of all Afghan people.

The foreign minister expressed these views during a meeting US Deputy Secretary of State Wendy R Sherman here. In the context of Pakistan-US bilateral relations, the foreign minister underlined Pakistan’s commitment to forging a broad-based, long-term and sustainable relationship anchored in economic cooperation, regional connectivity, and peace in the region. He added that a regular and structured dialogue process between Pakistan and US was vital for promoting common interests and advancing shared regional objectives.

Later, Sherman called on General Qamar Javed Bajwa, Chief of Army Staff (COAS). During the meeting, matters of mutual interest, regional security situation and collaboration in Humanitarian measures in Afghanistan were discussed. COAS said that Pakistan is committed to making all-out efforts for peace and stability in Afghanistan and supports an all-inclusive Afghan Government. The COAS emphasized to maintain meaningful bilateral engagement for an enduring multi domain relationship between the two countries. The visiting dignitary appreciated Pakistan’s role in Afghan situation, specially the assistance in successful evacuation operations and pledged to continue working with Pakistan for regional peace.