* Minister says if government did not have to repay $12 billion in debt and interest this year, the money could have been used to subsidize prices of oil and electricity 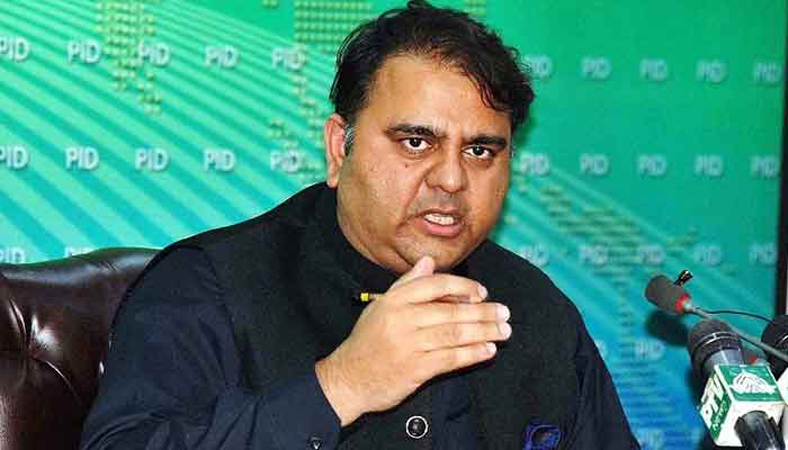 Minister for Information and Broadcasting Chaudhry Fawad Hussain said on Friday that Pakistan’s current economic woes were gift of a ten-year rule of Asif Ali Zardari and Nawaz Sharif.

In a tweet, he said if the government did not have to repay $ 12 billion in debt and interest this year, that money could have been used to subsidize prices of oil and electricity. He said the government would have taken steps to protect the consumers from the adverse effects of rising prices of commodities in the international market if the former rulers had not ruined the national economy during their 10 years of misrule.

Meanwhile, Minister for Information and Broadcasting Chaudhry Fawad Hussain said on Friday that the lawyers’ productive role for the rule of law and supremacy of the Constitution was part of the history.

Talking to a delegation of District Bar Council Jhelum here he said lawyers were defenders of democracy, human rights and constitution.

Briefing the lawyers on the details of the NAB Ordinance, he said the President issued NAB (Second Amendment) Ordinance 2021 under Article 89 of the Constitution. Fawad said that under the ordinance accountability courts will be constituted with the consultation of the president and chief justice of Pakistan.

The powers of the prosecutor general have been enhanced in the NAB Ordinance, he said adding that under this ordinance, the power of bail will now be vested in the lower courts. Most of the amendments to the NAB ordinance that were being criticized by the opposition today, were included in this ordinance on their proposals.

The government is well aware of the problems of the legal community, said Chaudhry Fawad, adding that new chambers would be set up for District Bar Jhelum. He said young lawyers would be given loans under Kamyab Jawan program for construction of chambers. He said that the government was also considering to provide health cards to the lawyers community.

The federal minister for information also briefed the lawyers about the details of development projects in Jhelum.

Fawad said a modern amusement park will be set up near Jhelum river. He said that dualization of 126 km Lillah-Pind Dadan Khan-Jhelum road costing Rs 16 billion would usher in a new era of development in the area.