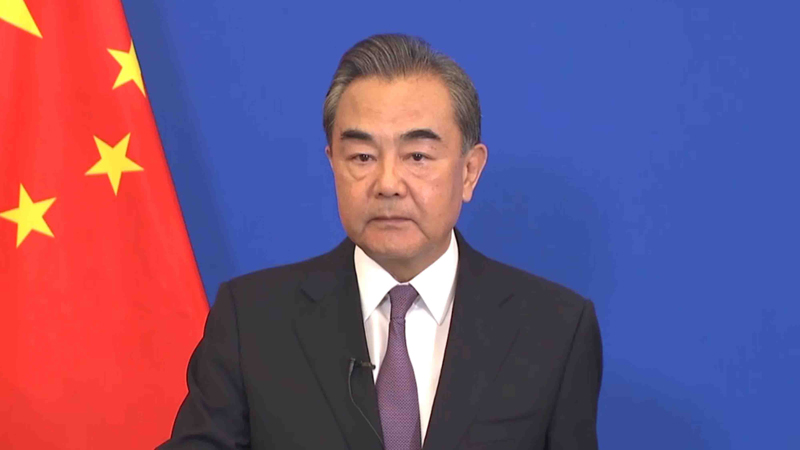 Chinese State Councilor and Foreign Minister Wang Yi on Thursday called on the international community to unite and work together to remove the “cancer” of terrorism, adding that China will continue to contribute its solutions to global counter terrorism.

Wang made the remarks in a written statement at the 11th Ministerial Plenary Meeting of the Global Counter terrorism Forum.

“Fighting terrorism remains a formidable task for the international community, and global counter terrorism cooperation must be strengthened rather than weakened,” Wang said.

Wang put forward five propositions on future global counter terrorism: to give full play to the central role of the UN, to uphold the principle of addressing both the symptom and the root cause, to abandon any double standard, to tackle new threats and challenges, and to strengthen counter terrorism capacity building for developing countries.

Wang said terrorism is a common enemy of humanity. Addressing the threat of terrorism matters to every country. “We need to see humanity as a community with a shared future, unite and work together to remove the ‘cancer’ of terrorism.”

Noting China has always been an important participant and contributor in the international campaign against terrorism, Wang said China will continue to carry out effective exchange and cooperation with other countries on counter terrorism and de-radicalization, and contribute China’s solutions to global counter terrorism through its efforts.

China will work with the international community, make even greater achievements in the global fight against terrorism in the forum’s second decade, and contribute more to building a world of lasting peace and security for all, Wang said.

Meanwhile, China on Friday condoled over the loss of lives in the earthquake that struck Harnai area of Balochistan province saying it stands ready to assist affected people to the best of its abilities. “We mourn for the deceased and offer our condolences to the bereaved families and the inured,” Chinese Foreign Ministry’s Spokesperson Zhao Ljian said while responding to APP during his regular briefing which resumed here after the Chinese National Day holidays.

At least 20 people were killed and over 300 others injured after an earthquake of 5.9 magnitudes hit Pakistan’s southwest Balochistan province early Thursday morning.

The spokesperson said that China paid great attention to the earthquake in Pakistan and remarked that China and Pakistan were enjoying fine tradition of helping each other. “We are ready to offer help to the best of our abilities and based on Pakistan’s needs,” he added. According to local media reports, the casualties were reported from the Harnai district of the province where several houses collapsed after the jolts.

Rescue teams rushed to different affected areas and started rescue work following the earthquake. A state of emergency has been declared in the affected districts of the province.