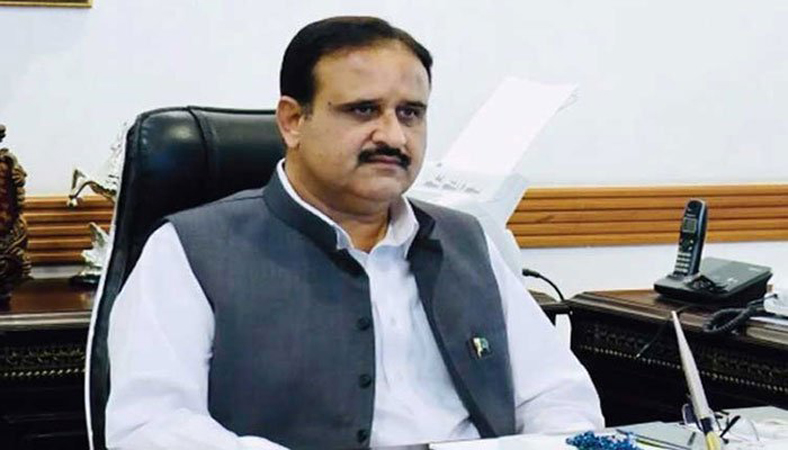 He was talking to PTI chief organiser Saifullah Khan Nyazee, who called on him at his office on Friday. The CM said the provincial government believed in principles of good governance, transparency and no one was allowed use of any unfair means. He said there was no allegation of corruption against the PTI government at all. The commitment of the government was greater than the challenges, he added.

The chief minister said that the draft of the new local government system was being given final shape as the government had planned conduct of the LG elections next year. He promised that the LGs institution would be fully empowered.

Meanwhile, every citizen would be provided Sehat Insaf Health Card by the end of December in Punjab, the CM concluded. The PTI organiser discussed matters of mutual interest with the CM. Buzdar termed party workers a valuable asset, saying that his meeting with office-bearers and party workers had always proved very fruitful.

A mechanism has been devised to solve problems of workers and office-bearers on priority and no injustice would be tolerated, he added. The genuine issues of workers would be solved,

Saifullah Nyazee said durable steps had been taken for development of the province, as the CM believed in performance instead of political pomp and show.

Members of the national assembly led by SAPM on Political Affairs Malik Muhammad Amir Dogar called on Chief Minister Punjab Sardar Usman Buzdar here on Friday. Matters related to mutual interest, political scenario and development projects were discussed during the meeting. MNAs delegation submitted different proposals and schemes for development work in their constituencies, The CM assured to implement their workable projects and said the last three years of PTI government tremendous progress was made compared to previous rulers. Members of parliament, political workers and PTI office-bearers are not only our strength but also our representatives, CM added. Legislation has set a new record in Punjab and has been remained exemplary during our three years, CM maintained. Chief Minister said by the Grace of Almighty Allah we have no stains of corruption and faced many challenges with utmost determination and succeeded in overcoming them. Effective administration measures were being taken to control artificial price-hike, he added. Chief Minister said every district has been given a comprehensive development package keeping in view the indicators pertaining to poverty, population and felt needs. Instead of making tall claims, we believe in practical work, CM maintained and said those who used to raise hollow slogans were now forgotten entities.

Chief Minister Punjab Sardar Usman Buzdar met with MPAs in CM office here on Friday. Talking on this occasion, CM said we have fulfilled all our promises and development projects were being executed with the consultation of elected members. Usman Buzdar said defeated elements were hatching conspiracies from the day first but with the grace of Allah all their nefarious designs failed. The politics of allegation has come to an end, CM added. We have never been vindictive in Punjab nor inclined to do so. Punjab province is on the road to real progress. Our minority empowerment package has set an example for others to follow, CM maintained. Funds have been allocated for worship places for minorities and every facility would be provided to religious places of minorities. The MPAs who called on CM included Ghazeen Abbasi, Awais Dreshak, Mahindar Pal Singh, Syed Abbas Ali Shah, Sania Kamran and ticket holder Abullah Tahir.