Since 9/11, Pakistan urged the US as their counterparts not to invade Afghanistan as military action would not be a solution for this conflict, stated strategist and diplomat, Dr Maleeha Lodhi in a renowned magazine “The Economist” on September 9, 2021. She was on the point that Pakistan always considered action to be taken by the targeted group Al-Qaeda. Therefore, from the present scenario in Afghanistan, the US must have learned from their miscalculation in Asia, she added. After one of the longest military interventions of 20 years, Afghanistan was again conquered by the Taliban from the US military and appeared with a new and lenient approach of governance with the provision of fundamental human rights. Hence, it is seen by the strategic developments that criticism on the US invasion in Afghanistan was rooted in military seizing by force of international territory was wrong to fight extremist ideologies.

The role of Pakistan in Afghanistan’s conflict is always considered crucial based on political reconciliation talks at Doha in 2018, including respecting relations with Afghans and convincing them to sit at the discussion table. Based on the Doha agreement 2019 in the era of US President Donald Trump, the US military was decided to vacate Afghan soil till May 2021, and eventually, in the era of president Joe Biden, the cutoff date was announced to be September 2021. Taliban smoothly took over most of Afghanistan without any bloodshed as per the departure of the US military on August 31, 2021, from Afghanistan, which was never expected by the US. The US spent almost 80 billion dollars on Afghan National Security Forces (ANSF) on their training and equipment, but as soon as the US left, the Taliban started to move forward to capital Kabul and found no resistance from ANSF. It was seen that ANSF was lacking in discipline, moral fibre, motivation and determination as their internal force was not trained to overcome the hearts of Afghans. Instead, they were trained from the point of forceful attitude. In 2018, to kickstart intra-Afghan peace talks, a seven-member delegation visited Islamabad, which was led by deputy chief Mullah Abdul Ghani Baradar. Starting the peace talks is an initiative whose credit goes to Pakistan. Additionally, it was observed that the US special envoy for Afghanistan Zalmay Khalilzad paid many visits to Islamabad in less than two years, which also strengthened the role of Pakistan in starting peace talks between the Taliban and the US. Secondly, it was seen previously in 2015, when Pakistan made its efforts for the first round of talks between Taliban and the Afghanistan government in Islamabad but they were not successful after the death of Taliban’s leader Mullah Omar. It led to a bitter struggle for power among the Taliban and the Afghan government.

A new approach of Taliban’s governance is seen in 2021 with the determination of providing fundamental rights.

Afghanistan is a neighbouring country of Pakistan, which is being watched out closely by Prime Minister Imran Khan. It is vital to prevent the brewing of humanitarian crisis, to stabilise the security and economy. He is determined to keep playing a role in uplifting humanitarian and economic assistance. During the recent visit of Qatar’s Deputy Prime Minister to Pakistan, Sheikh Mohammed bin Abdul Rahman Al Thani and Mr Khan exchanged developments on bilateral relations in Afghanistan. Qatar is an important platform where Taliban and US negotiations took place is being considered vital support for Afghanistan’s stability. PM Khan raised his voice to call upon the international community to stand in solidarity with the people of Afghanistan, create incentives for ensuring economic stability, peace, and development. Foreign Minister of Pakistan Shah Mahmood Qureshi is also seen coming forward with the stance of government with protecting and ensuring the rights of Afghans people and to avoid the humanitarian crisis. He further enforces the international community to de-freeze the assets and funds to Afghanistan in making their country stable economically and independently. He is opposed to international isolation for Afghanistan and enforcing them to accept the new reality with engagement for the way forward.

The recent visit of former ISI chief, Lt General Faiz Hameed to Kabul is also of great importance that is announced for stability and peace in the region. Pakistan shows its stance for embracing the new Afghan government with new developments and showing a willingness to work with the new government. In a nutshell, a real government can only be made by Afghans. As history speaks by itself, when Russia had invaded Afghanistan back in 1979, the US had led the idea of the creation of mujahideen with the provision of weapons, ammunition, and funding along with Saudi Arabia by involving Pakistan. This had led to a security threat to many countries in Asia particularly, and in the end, Russians retreated and lost billions of dollars, stated the then US Senator Hilary Clinton at the subcommittee of the House Appropriations Committee in 2009. In 2021, it is seen that again, the US had to leave Afghan soil and had to negotiate with the Taliban for safe passage as they were unable to beat the ideology and teachings in real terms. Recently in Kandahar, the Taliban were seen in a military parade with an inherited US top-grade military weapons and equipment to solidify their presence.

According to US government accountability report 2021, the Taliban has inherited a vast number of US arsenal including A-29 Super Tucano ($30million), UH-60 Black Hawk ($5.9 million), Scan Eagle mini drove ($3.2 million), MD-530F ($2.4 million), Mine-resistant vehicles (MRAPs-$5000,000-$1million), MII51 Humvee ($250,000), M24 Sniper (weapon system), M18 (assault weapons in thousands), M4 Carbine, High explosive grenade, 358,530 rifles, 64,000 machine guns, 25,327 grenade launchers, and 22,174 Humvees. After such training and provision of military equipment, it was expected to overcome the Taliban by the US military and NATO forces but the Taliban proved themselves to be determined on their ideology even after 20 years of military war. When the US and Taliban showed leniency from both ends in their attitude, a new ray of light came into. Taliban were seen showing their force after capturing Helmand in 2009 where the US had great losses of lives. Generally, the conflict was transmuted due to the economic, cultural, and tribal links and the US military also not being able to save its firepower. Therefore, 40% to 50% belong from Pashtuns, Tajiks are about 25%, while Hazaras and Uzbeks are about nine per cent each. There is a need for Afghans to take along all ethnic groups together in Afghanistan to avoid any ethnic differences among themselves that lead to civil war. Pakistan always tries to play its role of mediator to settle their inner differences among different ethnic groups. A new approach of Taliban’s governance is seen in 2021 with the determination of providing fundamental rights and still to see how much Taliban will be able to change after such a great victory where he has come up as a best strategic thinker, with a sense of strategy, sense of determination, planning, strength, power, in fact with his unbeatable ideology and Islamic teachings. No doubt, Afghans’ land belongs to Afghans and they are the right people to govern and the international community should help with their political and economic stability.

The writer is a researcher and columnist from Universiti Tun Hussein Onn Malaysia. She can be contacted at saira.asad2011@gmail.com. 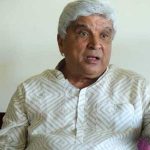 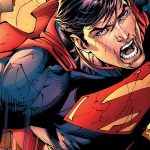 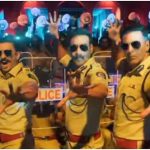 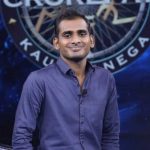 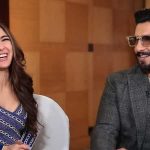