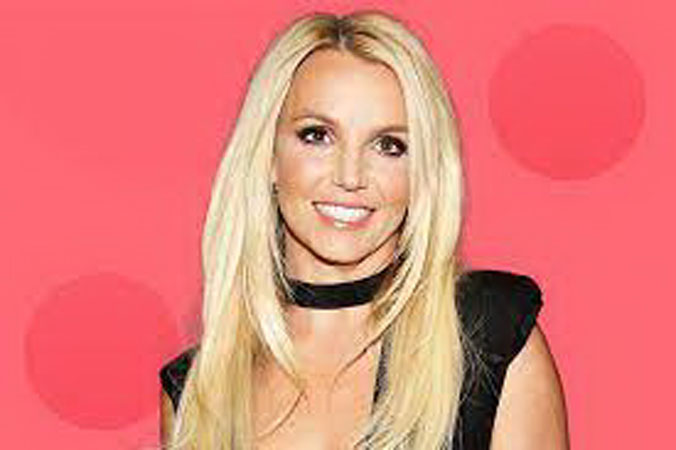 Britney Spears is peeling back the curtain as she continues her fight for freedom. On Saturday, Oct. 2, the pop star took to Instagram to share rare insight into how she’s feeling after scoring a legal victory in her ongoing conservatorship battle.

“Although there is change and things to celebrate in my life, I still have a lot of healing to do!!!” the 39-year-old performer began her caption. “Thankfully I have a good support system and am taking time to understand.”

The “Circus” singer reminded herself that “it’s ok to slow down and breathe” during this transformative time in her life, adding, “Only through self love I can pray…love…and support others in return!!!!”

A source close to the Spears family echoed Britney’s sentiments on Instagram, previously telling E! News, “She’s excited for the future and grateful that she has received so much support.”

Earlier this week, a Los Angeles judge suspended Britney’s dad, Jamie Spears, as the conservator of her estate during a court hearing on Sept. 29. The judge appointed business owner, John Zabel, to temporarily replace Jamie and take over his position through the end of the year. Additionally, the musician’s attorney, Mathew Rosengart, announced that he plans to file paperwork within the next two months to terminate the conservatorship altogether.

Britney, who wasn’t present for the hearing, seemingly reacted to the news by sharing on Instagram that she was feeling “on cloud 9 right now!!!!” In that same post, the Grammy winner revealed that she flew a plane for the first time. She and fiancé Sam Asghari later posted behind-the-scenes pics from a romantic getaway they had taken together.

Following the hearing, the star’s attorney shared insight into how she was feeling, telling a reporter outside of the courthouse that she was “very happy” with the outcome. However, Matthew declined to provide additional details, citing attorney-client privileges.

During a separate press conference, he called Britney’s legal victory a “monumental” moment, explaining, “This is a substantial step toward her freedom.”

“It’s been a lot of hard work,” he continued. “It’s been intense. I’m proud. Britney’s proud.”

Although Britney has been soaking up this major win, her father-who has served as the conservator of her estate for the past 13 years-called his suspension “disappointing.” Jamie’s attorney, Vivian Thoreen, issued a statement on his behalf on Sept. 30.

“For thirteen years, [Mr. Spears] has tried to do what is in [Britney’s] best interests, whether as a conservator or her father,” the statement read.

Jamie alleged that Britney “voluntarily entered into the conservatorship. For anyone who has tried to help a family member dealing with mental health issues, they can appreciate the tremendous amount of daily worry and work this required. For Mr. Spears, this also meant biting his tongue and not responding to all the false, speculative, and unsubstantiated attacks on him by certain members of the public, media, or more recently, Britney’s own attorney.”

The statement continued, “These facts make the outcome of yesterday’s hearing all the more disappointing, and frankly, a loss for Britney. Respectfully, the court was wrong to suspend Mr. Spears, put a stranger in his place to manage Britney’s estate, and extend the very conservatorship that Britney begged the court to terminate earlier this summer.” The next court date in Britney’s conservatorship case is scheduled for Nov. 12.