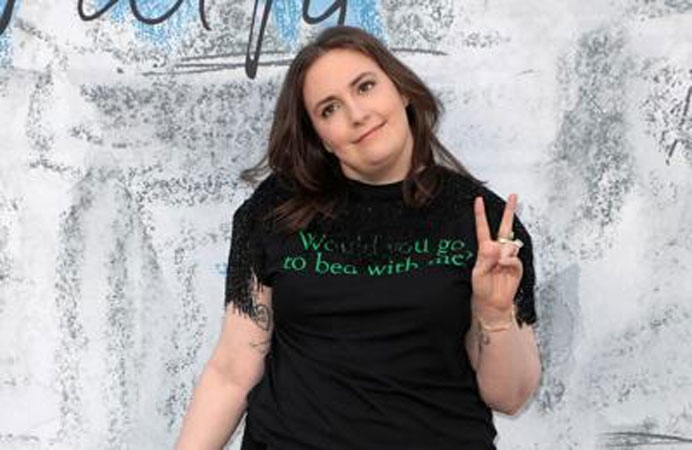 The ‘Girls’ creator admitted she’d had a “lovely week” since tying the knot with Luis Felber and receiving a wave of congratulatory messages, but her joy had been tarnished by the cruel remarks made by some people, which reminded her of why she’s deliberately taken a step back from social media in recent times. She reflected: “This past week was lovely for so many reasons…

“I say this because over the years, I’ve shared many challenges with you and these moments of joy had me thinking that we should admit when we’re happy too- it’s not a crime.

“But all of this safety made me forget, for a moment, why I’ve created such intense boundaries with the internet over the past few years. It’s a little too easy to feel the glow of support and forget about the cesspool lurking behind it- so I took a peek, and saw some gnarly s***, most not worth responding to or even sharing with you.”

The 35-year-old star went on to criticise those who have commented on her for gaining weight as she insisted the past photos she’s being compared to were taken at a time in her life when she was struggling with medical issues. She continued: “But one narrative I take issue with, largely because it’s a story I don’t want other women, other people, to get lodged in their heads is that I should somehow be ashamed because my body has changed since I was last on television.

“Firstly “did Lena eat the cast of Girls” just isn’t a very good joke- I could punch that up for the Tweeter.

“Secondly, it’s ironic to have my body compared to a body that was also the subject of public scorn- an echo chamber of body shaming.

“But lastly, when will we learn to stop equating thinness with health/happiness? Of course weight loss can be the result of positive change in habits, but guess what? So can weight gain. The pics I’m being compared to are from when I was in active addiction with undiagnosed illness.” Lena insisted she’s at a great place in her life and is very happy with who she is.