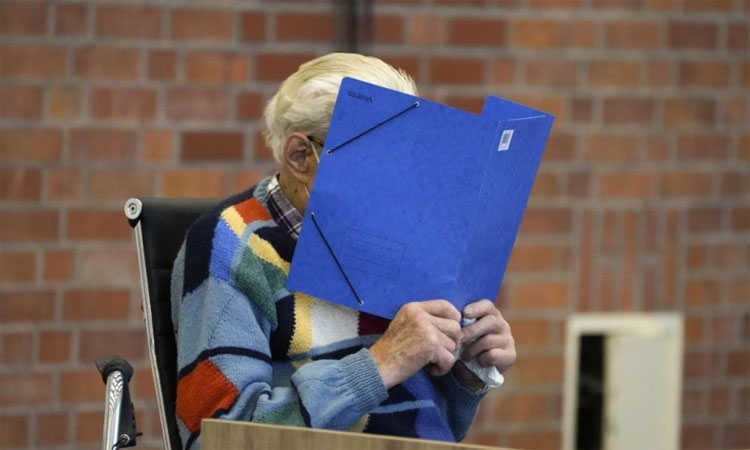 A 100-year-old former concentration camp guard who became the oldest person to be tried for Nazi-era crimes in Germany will not speak about his time at the site, his lawyer said at the trial opening on Thursday.

Josef Schuetz is accused of “knowingly and willingly” assisting in the murder of 3,518 prisoners at the Sachsenhausen camp in Oranienburg, north of Berlin, between 1942 and 1945.

Allegations include aiding and abetting the “execution by firing squad of Soviet prisoners of war in 1942” and the murder of prisoners “using the poisonous gas Zyklon B”.

However, Schuetz “will not speak, but will only provide information about his personal situation” at the trial, his lawyer Stefan Waterkamp told the court.

The stance came as a blow to co-plaintiffs at the trial.

Antoine Grumbach, 79, whose father was killed at the camp, said he wanted the accused to acknowledge “the possibility of guilt”.

“A man is not made of stone, not a machine,” Walther told AFP. “Maybe he will still say something.”

Holocaust survivor Leon Schwarzbaum, 100, one of the co-plaintiffs in the case, said he simply wants justice to be done.

“I am one of the last survivors of Auschwitz and I want this man, if he is found guilty, to go to prison,” said Schwarzbaum, who went to the trial carrying a picture of his parents and uncle who were killed in the camp in occupied Poland.

‘101 soon’: Despite his advanced age, a medical assessment in August found Schuetz fit to stand trial, although his hearings are limited to a couple of hours a day.

Schuetz arrived with a walking aid for the proceedings, held in a sports hall given the huge interest in the case.

The bespectacled man answered the judge with a clear voice when asked about his name, age and home address.

A widower since 1986, he was visibly proud when he replied that he will “celebrate (his) 101st birthday, on November 16”.

More than seven decades after World War II, German prosecutors are racing to bring the last surviving Nazi perpetrators to justice, and have in recent years increasingly focused attention on lower-ranking staff.

The case comes a week after a 96-year-old German woman, who was a secretary in a Nazi death camp, dramatically fled before the start of her trial, but was caught several hours later.

She, too, has been charged with complicity in murder. Her trial resumes on October 19.

Schuetz remains free during the trial. Even if convicted, he is highly unlikely to be put behind bars given his age.

Prisoner of war: The trial is scheduled to last until early January.

The Nazi SS guard worked at the Sachsenhausen camp which detained more than 200,000 people between 1936 and 1945, including Jews, Roma, regime opponents and gay people.

Tens of thousands of inmates died from forced labour, murder, medical experiments, hunger or disease before the camp was liberated by Soviet troops, according to the Sachsenhausen Memorial and Museum.