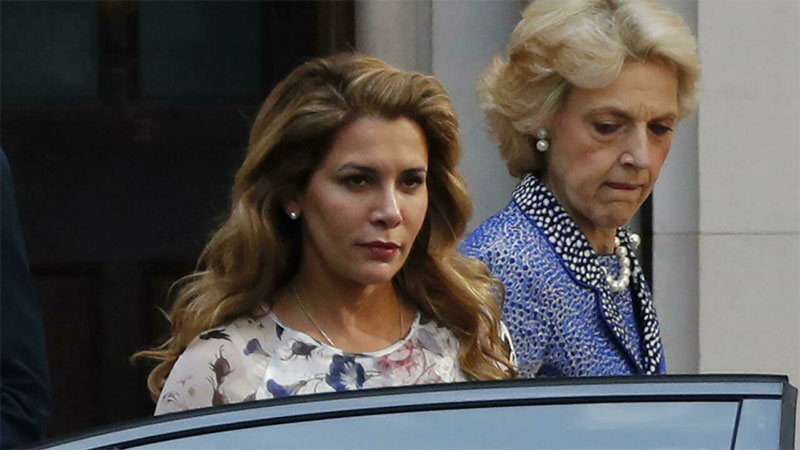 British police on Tuesday promised to review any new evidence of phone hacking linked to Dubai’s billionaire ruler, after a London court said he had authorised the use of spyware against his ex-wife and her legal team.

The developments are potentially damaging for the 72-year-old sheikh, who is also vice president and prime minister of the United Arab Emirates, and Britain’s royal family.

Dubai is a key UK ally in the Gulf while Sheikh Mohammed, owner of the Godolphin stables, shares a passion for racehorses with Queen Elizabeth II and the pair have often been photographed together at meetings.

The High Court said he gave his “express or implied authority” for the phones of 47-year-old Princess Haya and others to be hacked with the software, which is only available to governments.

Judge Andrew McFarlane said the sheikh was “prepared to use the arm of the state to achieve what he regards as right”, noting the surveillance of at least six phones was attempted.

They included “unauthorised access and interception of digital devices and offences contrary to the Computer Misuse Act relating to six complainants”.

Officers spent five months conducting “significant” inquiries and collaborating with law enforcement partners, but the probe was closed in February.

“All lines of inquiry were explored as far as possible,” the Met said, noting that at the time there were “no further investigative opportunities”.

“We will of course review any new information or evidence which comes to light in connection with these allegations,” it added.

Princess Haya’s lawyer Fiona Shackleton, a baroness and member of the upper chamber of parliament — the House of Lords — for the ruling Conservative party, is among those whose phone was targeted.

She and other members of the legal team were alerted to the hack in August 2020 following a tip-off by lawyer Cherie Blair, whose husband is former prime minister Tony Blair.

Shackleton, who represented Queen Elizabeth II’s eldest son and heir, Prince Charles, in his divorce from Princess Diana, said last year she had been a victim of hacking.

“My parliamentary email, my own email, my WhatsApp messages, my pictures and my texts are all visible to somebody else,” she said during a House of Lords debate on October 5.

A convention has been in place in Britain since the mid-1960s that the security services should not routinely intercept communications of members of parliament.

‘Misuse’: Sheikh Mohammed has denied any knowledge of the Pegasus hacking and his lawyers suggested another country like Jordan could be responsible in efforts to embarrass him.

However, it is the latest damaging revelation to hit the Dubai ruler, at a time when Britain is seeking to strengthen its ties with the UAE.

His daughter Sheikha Latifa, who made an unsuccessful attempt to flee the emirate in March 2018, went on to allege she was held “hostage” in one of his palaces and feared for her life.

The High Court in London also ruled last year that he had orchestrated the forcible return home of an elder daughter, Sheikha Shamsa, whose disappearance from the English city of Cambridge in 2000 has been the subject of a longrunning police probe.