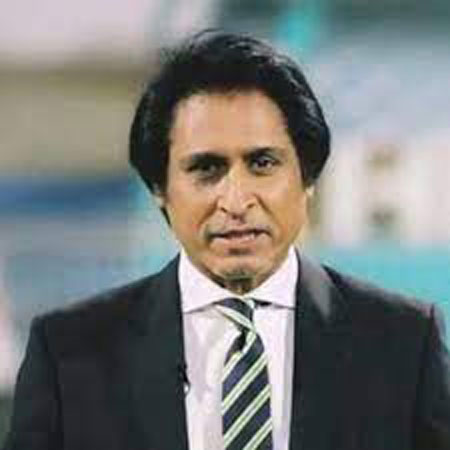 ISLAMABAD: Pakistan Cricket Board (PCB) Chairman Ramiz Raja on Thursday informed a Standing Committee of Senate that New Zealand Cricket had shown interest to reschedule their Pakistan tour after they abandoned the series last month citing ‘security concerns.’ The New Zealand cricket team had arrived in Pakistan on September 11 for the first time in 18 years to play three ODIs and five Twenty20 Internationals. The Kiwis had, however, devastated Pakistan’s cricket fraternity on September 17 by opting out of their tour of Pakistan minutes before the first ODI was to be played. They had cited a ‘security threat’ as the reason without divulging any further information. The tour cancellation was followed by England also cancelling their tour. Briefing the Senate Standing Committee on Inter-Provincial Coordination, Ramiz said the New Zealand Cricket was “rescheduling the tour” after being pressured by Pakistan.

However, Committee Chairman Raza Rabbani suggested the PCB Chief to turn down New Zealand’s tour of Pakistan. “What if we do not allow the New Zealand tour?” asked Rabbani. He advised the PCB not to accept the tour as a sign of protest. Ramiz, however, replied: “We have to live with them. But we can tell them that Pakistan can find a time window for the tour at some point in 2022.” He added that if New Zealand were ready to play according to Pakistan’s conditions then the PCB should have no problem.

Ramiz said that the PCB must strengthen its financial status to increase its value before the International Cricket Council (ICC) as well as other cricket boards. The Board of Control for Cricket in India (BCCI) generates 90 percent of the revenue for the ICC whereas the PCB gives nothing. “The ICC provides 50 percent funds to the PCB. I’m afraid Pakistan cricket may collapse if the BCCI stopped funding the ICC.” Ramiz said the truth is that money was now everything in world cricket. “The PCB has to strengthen its financial status in order to increase its value before the ICC. The PCB, in future, will not only generate money for itself but for the ICC as well.

Asked about the tour cancellation, the PCB Chief informed the Committee that the Kiwi officials didn’t inform him about the nature of the threats, adding that “it’s not our fault.” He lamented that no one from the cricket fraternity helped Pakistan at its time of need, while recalling that the national team had toured different countries even during the Covid-19 pandemic. Ramiz said the PCB had also written a “strong letter” to the ICC on the matter, while quoting experts as saying that a lot of politics was underway at the ICC. The PCB Chief is currently holding meetings with different businessmen of the country for the sake of enhancing investment in Pakistan Cricket. “There are two companies that have offered to sponsor drop-in pitches for different stadiums of Pakistan and it will cost around $1 million per drop-in pitch,” he said. He said that one of the sponsors has offered a blank cheque to Pakistan cricket with the condition of defeating India in the upcoming T20 World Cup.

During the briefing, the PCB Chairman stressed the need for fixing the system, adding that the salaries of domestic cricketers had been raised and they would now earn Rs40 million annually. “No cricketer will have to drive a rickshaw anymore,” he said. The PCB Chairman also said those cricketers who had tarnished the country’s image by being involved in match fixing should not be included in the team, adding that unfortunately, “our society sides with such cricketers.” He said that bringing back fixers give the wrong impression to budding cricketers. “I feel disappointed when the national team faces a defeat and cricket fans right away start demanding for comebacks of cricketers with fixing allegations.”