Next elections through EVMs come what may 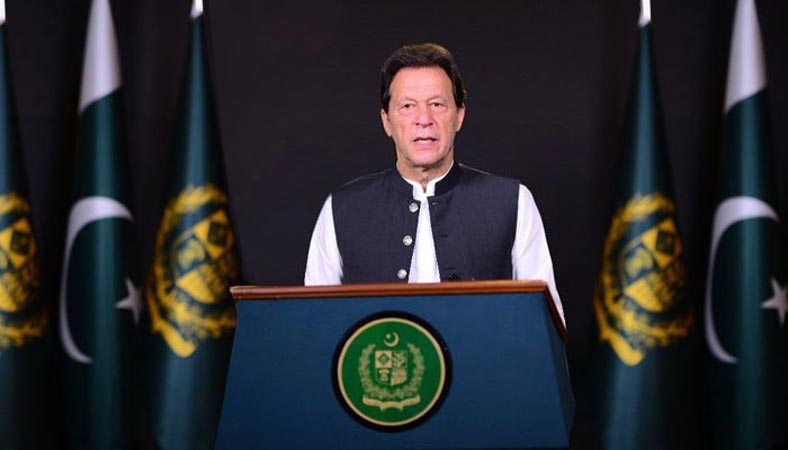 Prime Minister Imran Khan said Thursday that the next general elections would be held through electronic voting machines (EVMs) come what may, a private TV channel reported.

“We will give overseas Pakistanis the right to vote, therefore, they should be ready,” the premier said while addressing PTI’s core committee. During the meeting, the premier directed the committee members to complete the ongoing development projects soon and inform people in their respective constituencies about the progress. The prime minister, shedding light on other matters, said, “Inflation is a worldwide issue and Pakistan has less inflation as compared to other countries.”

In a meeting with an MQM-P delegation earlier in the day, the prime minister said that EVMs will bring transparency to the election process. “There is a need to raise awareness about the positive effects of the electronic voting machines on the electoral process in Pakistan,” the prime minister emphasised.

However, on Monday, the Pakistan Democratic Movement chief Maulana Fazlur Rehman had said that his party will not accept the government’s decision to introduce electoral reforms. “We will not accept electoral reforms handed over to us by thieves,” Fazl had said while addressing a press conference in Peshawar. Speaking to media after the core committee meeting, Minister for Information and Broadcasting Fawad Chuadhry said the prime minister during the meeting sought a detailed report on reorganization of PTI. He said the meeting was informed that an elaborate strategy has been evolved to reorganize the party for meeting the looming challenges of the upcoming local government elections.

Most of the recommendations of the ordinance’s critics have been incorporated, he said to a question, while pointing to the ‘habit’ of the opposition to defy every reformative and progressive move of the government. “Whether it was to authorize the trial court to bale the accused or excluded tax evasion cases from the NAB’s purview or strengthening of the NAB courts and their judicial system, there was complete consensus on these amendments between the government and the opposition,” he explained.

Lashing out at the opposition leaders for ‘ganging up’ to criticize the newly promulgated NAB ordinance, Fawad termed them ‘a bunch of weeping children’. Their foremost priority is to shed tears only in public, he said, adding that if anyone from the opposition has any issue with the ordinance or recommendations, he should come forward which will be welcomed. He said the entire PTI has endorsed the new NAB ordinance which is aimed at strengthening the anti-graft watchdog.

Responding to a question, he thanked general public of New Zealand and Australia, former international cricketers and cricketing fraternity for supporting Pakistan’s stance on the cancellation of recent tour of New Zealand to Pakistan.

He said the PTI would observe Ashra-e-Rehmatul-lil-Alameen with great enthusiasm and religious zeal. During the Ashra (10 days), Mehfil-e-Sama would be arranged where religious scholars would share their views on different topics, Fawad said. He said the federal cabinet in its last session had already decided to observe Ashra-e- Rehmatul-lil-Alameen across the country from 3 to 13 Rabi ul Awal. Fawad said the PM has express his desire for active participation of the party in the celebration activities. The prime minister would inaugurate the Seerat-un-Nabi conference on 3 Rabi ul Awal which is likely to be on Sunday. PM Imran would address the conference, he said, adding the district organizations across Pakistan would arrange celebration ceremonies where the prime minister’s address would be displayed on screens. The minister said the celebrations would help express our bond with the beloved Prophet (SAW).

Separately, Minister for Energy Hammad Azhar called on Prime Minister Imran Khan here on Thursday. Overall political scenario and energy situation in the country were discussed in the meeting.