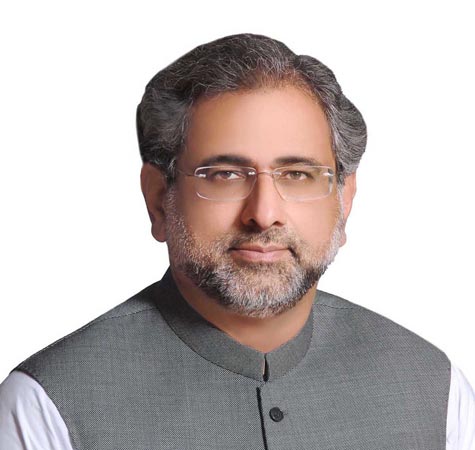 The PML-N has termed the NAB amendment ordinance an ‘NRO’ for the PTI government, besides being an attack on judiciary and an instrument of meddling with the justice system of the country.

Addressing a press conference, flanked by Khawaja Asif, Ahsan Iqbal and Khurram Dastgir Khan, former prime minister Shahid Khaqan Abbasi said the matter should have been brought to the floor of the House where it could have been improved and more widely accepted after a thorough debate and input. “The reason why this legal process was avoided is because this ordinance has provided an absolute NRO to the PTI government,” he said, adding that a formal notification in this regard had still not been issued but what little was known through a tweet by the president and press conferences of the government ministers and spokespersons that the government has declared itself ‘above accountability’.

Abbasi said that according to the ordinance, nobody can hold the cabinet responsible and accountable for its actions. This, he said, means that those responsible for the Rs 800 billion sugar theft, hundreds of billions in flour, wheat and medicine theft and corruption cannot be questioned anymore and are free of any consequences for looting the country and its people. “This also means that nobody would be able to question government’s appointments it also means that the 700 persons listed in the Pandora Papers including five government ministers cannot be questioned by NAB at all. So, basically this is the most comprehensive NRO any government has ever given to itself,” he added.

Abbasi pointed out that the ordinance had taken away the judiciary’s constitutional power of appointing judges. “Now the government could appoint judges across the country. The appointed accountability judges would enjoy the powers and perks of a high court judge. This would help PTI government appoint blue-eyed people as judges to get verdicts of their own choice,” he alleged. “It is also ridiculous because retired judges who would be reappointed would get paid five scales above to those they retired at,” he added.

Abbasi said according to the new ordinance anyone accused by NAB of financial crimes would need to submit a bail bond equal to the amount he has been accused of. “This is the most unreasonable condition as NAB is in the habit of alleging ridiculously high amounts in hundreds of billions in some cases and then embarrassing itself. This is clearly an effort to make the bail of those subjected to political victimisation impossible,” he pointed out.