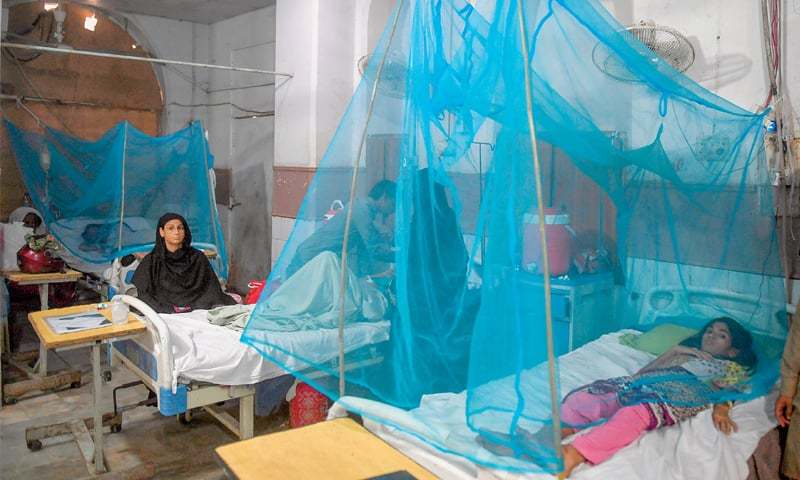 LAHORE: Punjab has reported 207 cases of dengue hemorrhagic fever in the province during the last 24 hours.

Secretary Primary and Secondary Healthcare Department Punjab, Imran Sikandar Baloch has stated that out of 234 cases 179 dengue fever infections have been reported in Lahore.

Punjab’s top health official advised the masses to keep themselves safe from the dengue virus in the monsoon season and ensure draining out of the accumulated rainwater from their areas.

Delay in fumigation by the administration resulted in an upsurge in dengue patients this season, according to sources.

A patient of dengue hemorrhagic fever died in Islamabad on Wednesday.

The latest casualty has brought the death toll to four during the last three weeks in Islamabad. Among four casualties, three belong to the rural areas of Islamabad, while one is from the Urban, said sources.