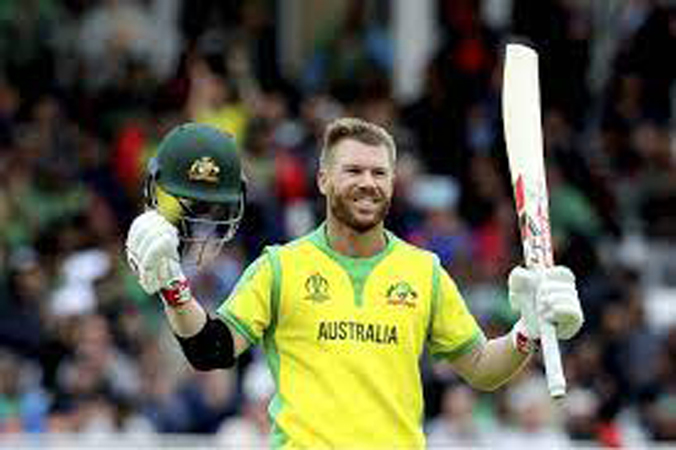 SYDNEY: Australia limited-overs captain Aaron Finch has confirmed that he and David Warner will open the batting together at the T20 World Cup despite Warner twice being dropped by Sunrisers Hyderabad in the Indian Premier League (IPL) this year. Warner hasn’t played a T20I for Australia since September 2020, missing Australia’s last 14 matches across four series due to a combination of injury, rest, and schedule clashes. He has endured a difficult IPL season across the two halves of the tournament. Warner has scored two half-centuries in eight innings but his strike-rate of 107.73 was cause for him to be dropped as captain by Sunrisers during the first half of the IPL season in India. He didn’t tour with Australia to the Caribbean and Bangladesh mid-year in order to rest for the second half of the IPL and the World Cup but scored just 0 and 2 in his first two games on resumption of the IPL in the UAE and was left out of Sunrisers’ side again. But Finch, speaking a day before departing to the UAE for the World Cup, backed Warner to be his opening partner for the tournament. “Yep, absolutely,” Finch said. “He’s one of the best players to ever play the game for Australia. I’ve got no doubt that his preparation, while he would love to be playing for Hyderabad no doubt, I know that he’s still training away. He’ll be good to go.”

Finch himself enters the tournament under an injury cloud. He missed Australia’s tour of Bangladesh due to knee surgery. There was initially doubt as to whether he would be fit for Australia’s two warm-up games against New Zealand and India but he is confident he will be ready to play in both of them. “Over the last couple of weeks my recovery has progressed really well so it’s looking more and more likely that I’ll be fit and ready to go for them,” Finch said. “And just in terms of the intensity that I’ve been able to train, the amount of accelerations, decelerations, putting load through my knee, that’s all really positive. So, yeah, I’ve got no issues. I had probably my biggest session in terms of fielding, changing direction, and all that stuff with batting involved as well so that’s gone as well as it could. I had a meeting with the surgeon yesterday and he was really happy with where it’s at.”

Australia’s preparation is a legitimate concern heading into the tournament. Never mind their recent form having lost their last five T20I series, a number of key players have played very little cricket full stop and have had difficulties trying to train due to the various lockdowns in Australia. Glenn Maxwell and Josh Hazlewood are in sparkling form in the IPL but Marcus Stoinis has suffered a hamstring injury and has not batted in the middle after breaking down in the first game on resumption. Steve Smith has been in and out of Delhi Capital’s line-up playing just two matches. Those based in Australia have hardly had any cricket at all. Matthew Wade has not played since the Bangladesh tour after Tasmania’s two domestic fixtures against Queensland were postponed last week. Mitchell Marsh, Ashton Agar, and Kane Richardson have played one domestic 50-over match and Josh Inglis has only played two, one of which was a four-day Sheffield Shield game. It’s been even more difficult for Mitchell Starc, Pat Cummins, and Adam Zampa.