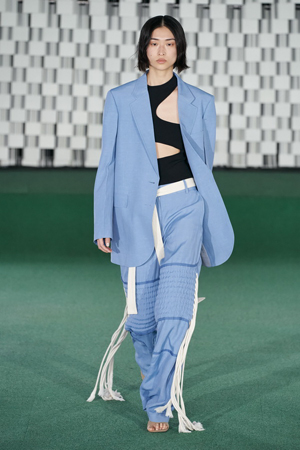 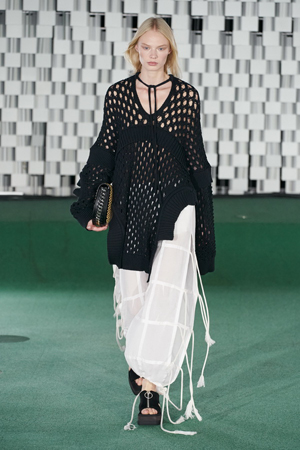 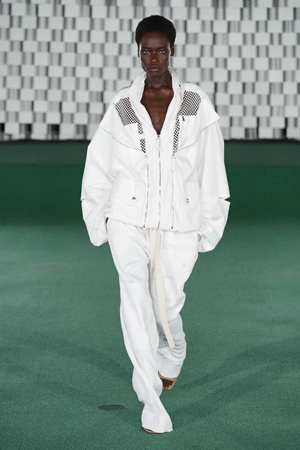 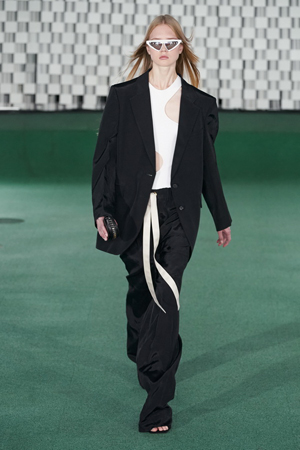 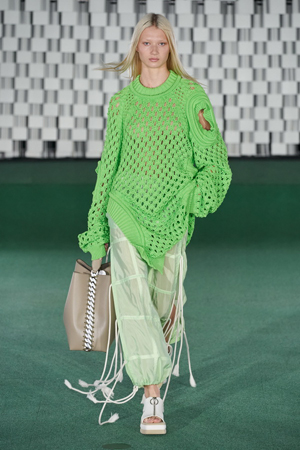 Stella McCartney’s virus-conscious show was shown to a fraction of the normal Paris audience. But that did not detract from its energy or celebrity pull.

Paul McCartney surprised his designer daughter backstage amid a huddle of guests that included Demi Moore and Michael Jackson’s daughter, Paris, who spoke to The Associated Press about her environmental concerns.

To make a point about the environment, Stella McCartney used the idea of a mushroom, nature’s valiant survivor. It was also a springboard for myriad hallucinogenic looks.

This collection, one of the season’s best, was ripe with energy and vibrant design.

The mushroom theme was employed creatively. Vegetable prints featured on light organdy, alongside a palette mixing natural bright hues with soil browns. The sustainable leather bags were, the house said, also made from mycelium – fungal material that breaks down organic matter.

But the best parts of the display came when McCartney deviated from the vegetable theme. Judo belts flapped around loose white pants in looks that sported piping borrowed from astronaut cooling tubes.

The British-American designer eschewed the usual Opera Garnier setting for a pared-down location this pandemic season – in the Espace Niemeyer, a landmark modernist building designed by Brazilian architect Oscar Niemeyer.

The celebrities huddled in strange oval rooms, while journalists were led through snaking corridors to meet the designer.

When the former Beatle surprised his daughter, backstage quickly felt like a family affair. Stella joked that photographers had better hurry up with their shots with Paul McCartney as “I don’t want to make him wait too long. You can’t make your dad mad at you.”

Demi Moore, in a net jumpsuit, was there with her daughter, 30-year-old Scout Willis.

The daughter of the late King of Pop, Paris Jackson, was also there. She told the AP she loved McCartney and other designers that put the environment at the heart of their work. Jackson, 23, said she thought the hallucinogenic parts of McCartney’s show were not the most important.

“It’s less about the trippy stuff and more about saving the planet, which is so powerful,” she said.

Jackson lauded McCartney for being a pioneer with animal rights, cruelty-free fashion and promoting leather alternatives that are not plastic or animal based.

Jackson also admired eco-minded Vivienne Westwood, whose show she also attended, as she too “was a punk at heart.”

A silver necklace displayed at Givenchy’s Sunday night show, which to some looked like a broken rope noose, has been criticized online for allegedly glamorizing suicide.

A model at the debut catwalk show of designer Matthew M. Williams wore the accessory.

Fashion industry watchdog Diet Prada pointed out the similarities between the necklace and a controversial Burberry hoodie that also featured a hanging noose from fall-winter 2019, one which prompted an apology from company CEO Marco Gobbetti.

Diet Prada said on Instagram of Givenchy’s item: “You’d think the industry would’ve learned not to put things that resemble nooses around a model’s neck.”