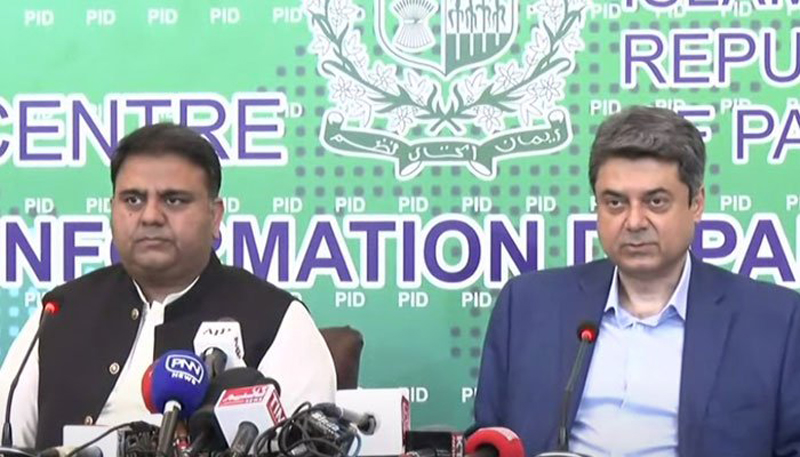 President Arif Alvi on Wednesday promulgated the National Accountability (Amendment) Ordinance, 2021, under which NAB Chairman Justice (r) Javed Iqbal will continue to serve the post until a new chairman is appointed.

Highlighting significant amendments made by the government in the National Accountability Ordinance, 1999 (NAO), Federal Law Minister Farogh Naseem said the NAB would now have no jurisdiction over private persons under the amended ordinance.

Addressing a press conference along with Information Minister Fawad Chaudhry, he said the taxation matters would now be referred to the Federal Board of Revenue (FBR). He said FBR would be fully empowered to file and probe cases regarding taxation. He said there would be no jurisdiction of NAB to file a reference against any individual who was not linked with any public office holder. He said tax payers and private individuals had been completely removed from the NAB jurisdiction.

The law minister said if a bank or financial institution takes any decision, the NAB will take no action on it until prior approval of the State Bank of Pakistan governor. The ordinance will also enhance the role of the SBP governor, according to the minister. Decisions of ECNEC, the federal cabinet, Council of Common Interests and constitutional bodies will also be out of NAB’s authority, he added.

In his remarks, Fawad Chaudhry said Prime Minister Imran Khan believes that the NAB ‘should not have an extended scope that creates confusion’. “We have removed private disputes, banking disputes and tax evasion from NAB’s scope and the watchdog will now focus on major corruption,” the minister stated. “Now the bureau would concentrate on its original task of eradication of corruption,” Fawad said, adding that its performance was compromised with additional responsibilities after inclusion of business and other crimes.

He said the NAB would now concentrate on nabbing the ‘big fish’ only. “The FBR has been authorized to arrest the tax evaders,” he said.

Detailing further reforms, Law Minister Naseem said in future case management hearings, modern devices would be used for recording evidence, and audio-video recording would be conducted of the entire testimony to ensure accuracy. Provisions have also been made to record the demeanour of any judge.

He said it had not been decided whether the current NAB chairman would be reappointed, adding that the word “non-extendable” now stood omitted from the ordinance to create “a big pool” for selection. The new NAB chairman will be appointed for a period of four years and his term may be extended, as per the amended ordinance. The method followed for the appointment of the NAB chairman will be the one employed while granting an extension.

The ordinance states that the president will appoint the NAB chairman in consultation with the prime minister and the opposition leader. In case of a failure to reach a consensus on the appointment, the matter will be sent to a 12-member parliamentary committee formed especially for the matter of the appointment. It also states that the NAB chairman can send his resignation to the president.

Naseem underlined that a private person not connected to a public office was now out of NAB’s jurisdiction, adding that an amendment was also made for bureaucracy as it was among the important pillars of the country. “We are also enhancing the role of prosecutor general because this position has power and function all over the world. After the amendment, the NAB will also take advice from it,” the minister added.

Naseem said the prosecutor would have to ensure fairness and fundamental rights in a case treatment. “He will advise whether the prosecution should continue or not.” With the amendments, all taxation matters will be transferred to the Federal Board of Revenue, the minister said, adding that the development “will not end cases, but just change the forum. In tax issues, recovery of the amount is a basic criterion.”

Thanking the chief justice of Pakistan for his efforts to speed up legal cases, Naseem said 30 out of the 90 additional accountability courts sought by the Supreme Court had been established.

“Now we are reworking the method for the appointment of former judges into these courts as we want a bigger pool. We don’t have the number of judges to fill all vacancies,” he said, adding that it was decided that district or additional district judges would qualify to become NAB court judges. The pool will comprise retired judges of special courts and high courts, civil judges, and additional district judges. If their age is below 68 years then consultation will be held with the chief justice of Pakistan, Naseem told the presser.

The minister said previously it was a moot point that trial courts lacked powers to grant bail. “Now bail powers are being given to trial courts,” he announced. He highlighted that there was also another problem related to plea bargains and voluntary return. “We have fixed that defect now.”

He said under the amended ordinance, “those opting for voluntary return will face disqualification for 10 years and this amendment will take effect retroactively.” He stressed that people falling in the above category should resign before action was taken against them.

He explained that the prosecutor general would file cases and would be responsible to make sure punishment was doled out. “We also intend to stop NAB from doing the dirty work and take cases to their logical conclusion,” he said.

Fawad Chaudhry ruled out the possibility of consulting opposition leader Shahbaz Sharif on the appointment of the NAB chairman. “Opposition has to change its leader, if they want consultation with the government on appointment of the NAB’s chairman,” he said. “Prime Minister Imran Khan would not speak to Shahbaz Sharif at any cost,” he asserted. “Now it’s up to President of Pakistan, as I speak for Prime Minister,” he said, adding neither he knowledgeable about the opinion of President, nor consulted the President Office in this regard.

The minister said consultation with Shahbaz Sharif on the appointment of NAB Chairman will be tantamount to assigning the investigator a thief on his whims and wishes.

If Shahbaz Sharif has an iota of shame, he should step down from the position of opposition leader in the National Assembly, the minister said while wondering over the insistence of Shahbaz to become a part of the consultation on appointment of NAB chairman. He sarcastically said some people wanted that the government should appoint the Station House Officer (SHO) after consulting the thieves.

He said the government is issuing the ordinance in a first place, later an Act of Parliament would be introduced after consultation with opposition to further improve the NAB law. The suggestions from opposition would also be incorporated in the amendments of the NAB law if there would be any.

The federal government had appointed Asghar as deputy chairman in April 2019 for a period of three years. Before assuming charge at NAB, Asghar was former director-general of the Anti-Corruption Establishment in Punjab and performed his duties from September 24, 2018, to February 22, 2019.