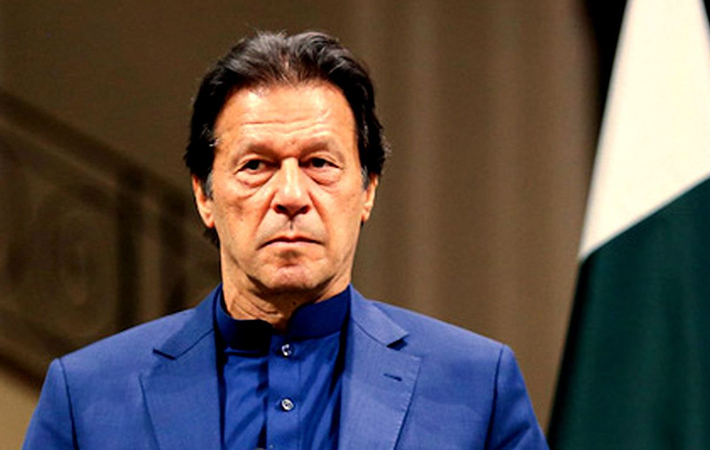 Prime Minister Imran Khan Wednesday said that the government was cognizant of the problems faced by the poor due to inflation and stressed that targeted subsidies should be provided to the under-privileged segments of the society. The prime minister said that Kamyab Pakistan, Sehat Sahulat Cards and Ehsaas were the flagship programmes of the government aimed at poverty alleviation and social uplift of the lower segments of the society.

The prime minister expressed these views during a briefing given by Special Assistant on Poverty Alleviation Dr. Sania Nishtar about the provision of targeted subsidies to the eligible families under the umbrella of Ehsaas programme.

The briefing was also attended by Minister for Finance Shukat Fayaz Tarin, Minister for Defense Pervaiz Khattak, Minister for Information Fawad Chaudhry, SAPM Dr. Shehbaz Gill, Governor State Bank Dr. Raza Baqir, President National Bank and senior officers. The prime minister directed that a comprehensive awareness programme should be launched to inform the masses as to how targeted subsidies could be availed.

The meeting was apprised that Ehsaas programme had developed a mobile app in collaboration with National Bank of Pakistan. This application would be used by vendors to provide subsidized items to eligible Ehsaas beneficiaries throughout the country.

It was informed that due care has been taken to eliminate chances of misuse of targeted subsidies under the Ehsaas programme. Meanwhile, Prime Minister Imran Khan on Wednesday said that all stakeholders will be taken into confidence for census. During the present government, institutions were independent, he added.

The Prime Minister was talking to a delegation of Muttahida Quami Movement (MQM), which called on him here. Minister for Information Technology Syed Ameen-ul-Haq, Khalid Maqbool Siddiqui, Senator Faisal Sabzwari and Minister for Planning Asad Umar were present in the meeting.

During the meeting the matters relating to census and the ongoing federal government projects in Sindh were discussed.

The Prime Minister said that the use of electronic voting machines will bring in transparency in the electoral process. He said that there was a need to create awareness about the positive effects of electronic voting machines on electoral process in Pakistan. The participants viewed that the government and allied parties together were playing effective role for development in Sindh particularly in Karachi.

The delegation appreciated the Prime Minister for federal government projects for improvement of public transport and infrastructure in Karachi.

Chairman Water and Power Development Authority (WAPDA) Lt. Gen. ® Muzammil Hussain called on Prime Minister Imran Khan here on Wednesday and briefed him about the progress of various projects being executed under WAPDA including Diamer Bhasha and Mohmand Dams. The Prime Minister expression satisfaction over the performance of WAPDA in ensuring timely implementation  of the power generation and water conservation projects in the country.

Prime Minister Imran Khan on Wednesday directed to further strengthen regional linkages for the promotion of bilateral trade and commercial relations with Kyrgyzstan.

Prime Minister Imran Khan and Bill Gates, co-chair of the Bill and Melinda Gates Foundation (BMGF) have discussed resumption of polio campaigns in Afghanistan to secure Pakistan’s recent gains in elimination of the disease.