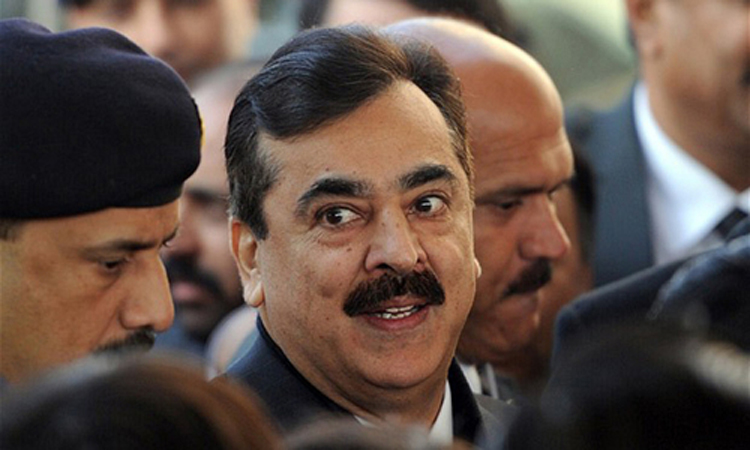 Former prime minister and Leader of the Opposition in the Senate Yousuf Raza Gillani was reportedly barred from travelling abroad for an international conference, a private TV channel reported on Wednesday.

According to the PPP leader’s son Qasim Gillani, the former premier’s staff was told that his name was on the exit control list (ECL) at the airport’s immigration counter. Taking to Twitter, his other son, former MNA Syed Ali Musa Gillani, said that the government had stopped the PPP leader from proceeding to Italy on the invitation of the Italian government to represent the country during a climate summit. “In the age of innocent until proven guilty and in a self-proclaimed democracy, the leader of the opposition is not allowed to represent Pakistan and lead the delegation of parliamentarians at an international conference. Such is the democracy we live in!”

He added that tools like the ECL only make “the tyrants of today look weak and deprive Pakistan of badly needed statesmanship at the international arena.”

Reacting to the development, PPP Senator Sherry Rehman said that the Senate opposition leader was going to Rome to lead the Pakistani delegation, consisting of MNA and Senators, at a meeting of Inter-Parliamentary Union. “Convicted criminals are allowed to leave the country, but there are restrictions on PPP leaders,” she said, adding that he wanted to represent the country in front of lawmakers around the world but was stopped. She also criticised the “two systems” in the country. “If one former prime minister is allowed to leave the country despite his name being on the ECL then why can’t another?” she questioned.