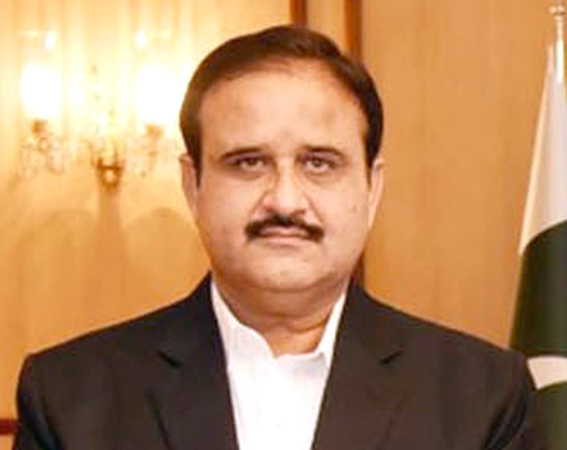 The total number of dehi markaz maal would be increased to 8,000 during the current financial year to improve public access to their revenue records. At present, its total number is 1,052 in Punjab.

Punjab Chief Minister Sardar Usman Buzdar stated this while presiding over a meeting at his office on Wednesday to review the board of revenue reforms. SMBR briefed that number of pending cases has shrunk to 43000 due to the online revenue case management system.

The CM directed to further extend the scope of digital land record service adding that issuance of inheritance certificates from dehi markaz maal would be arranged soon. He further directed to dispose of the pending revenue cases without delay.

The village headmen (lamberdari) system would be synced with the emerging needs, he disclosed and directed to early hold lamberdar convention. The CM directed to create ease for the people in their revenue matters and told to set up a special unit for monitor BoR staff in districts and tehsils.

Smart cards have been introduced for persons dealing with the business stamp papers, he spoke. The complaints pertaining to some assistant director land records be resolved at the earliest while ensuring that public problems are resolved in the minimum period, he directed and repeated that action would be initiated against those creating hurdles.

Moreover, Buzdar chaired a meeting to review different aspects of the prisons package and the pace of jails reforms in the province. Provincial Ministers Raja Basharat, Fayyaz-ul-Hassan Chohan, ACS (Home), IG (Prisons), SMU head and others attended the meeting.

The CM directed to introduce feasible amendments in the Punjab Probation and Parole Act adding that the budgetary requirement be ensured for healthy meals to captives. Similarly, expedient recommendations be compiled to get rid of the menace of torture and inhuman treatment.

The cable networking be completed early so that the inmates could watch PTV News, PTV Home and other entertainments channels. The chief minister expressed satisfaction over the recruitment of 44 psychologists and directed to finalize the prisons package without delay.

The meeting was told that recruitment of 1,037 jail staff has been started. The CM has given in-principle approval to recruit 4,930 wardens and also instructed to fill vacant posts of doctors and paramedics for different jails. It has also been decided in principle to improve the service structure of jails staff.

The CM was informed that the inmates could lodge their grievances during calls by pressing the code. Action has been initiated on 489 accusations and 705 inquiries have been held over unlawful acts gleaned through video monitoring of jails. Similarly, PMIS has been enforced in 21 jails while the same would be introduced in 22 other prisons.

Furthermore, 100 fans have also been installed in Sialkot jail after the inspection of the chief minister, the meeting informed.