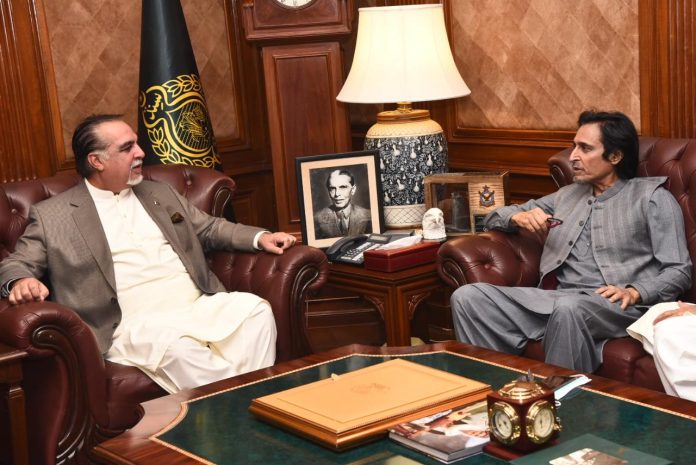 KARACHI: Sindh Governor Imran Ismail on Wednesday said, there was no shortage of talent in Pakistan, the whole world recognized the talent of Pakistani cricketers and the players were the representatives and ambassadors of the country.

In a meeting with Chairman Pakistan Cricket Board (PCB) Rameez Raja at Governor House, Imran Ismail said talent hunt camp should be organized in Sindh, according to a news release.
Governor Sindh said the eyes of the entire nation were on Rameez Raja and the nation wanted to see Pakistan cricket team successful in every field.

Chairman PCB Rameez Raja said he would not disappoint the confidence of Prime Minister Imran Khan and the people of Pakistan.

The issues related to the improvement of cricket in the country and promotion of league cricket, including issues of domestic and international cricket, were discussed during the meeting.

The meeting also agreed on joint initiatives to bring out cricket talent in Sindh and promote cricket in the province.