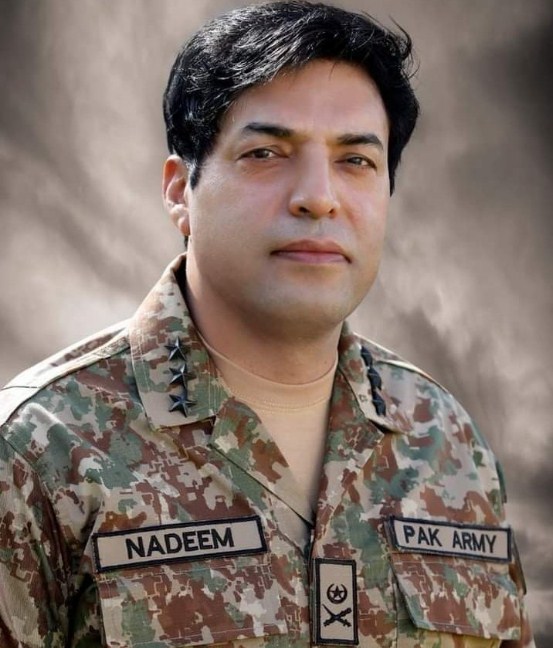 ISPR has issued the official notification for the appointment of the new Director-General (DG) of Pakistan’s ISI. Lt General Nadeem Anjum belongs to the Punjab Regiment of the Pakistan Army. He has also served as the commandant of Command and Staff College Quetta.

He earned the title of ‘Mohsin e Balochistan’ for his services to eradicate terrorism.

As per a report, Nadeem’s subordinates call him the “man with glacier brain but sharp reflexes”. The report further stated that he is a also good listener, observes things for hours and speaks concisely.

Anjum’s elevation comes at a crucial time with Pakistan soliciting on behalf of the Taliban regime in Afghanistan. Last month, ISI chief Lt General Faiz Hameed had met with the Taliban’s top leadership in Kabul ahead of the announcement of the ‘interim cabinet’.

The new appointment will also pave the way for Lt Gen Faiz Hameed to the post of Pakistan Army chief. Lt Gen Hameed has been appointed the Corps Commander Peshawar. This will give him an edge over the other three contenders.

Pakistan Army’s top brass has a liking for the outgoing ISI chief Lt Gen Faiz Hameed. His professionalism is well-known. His recent engagement with the Taliban in Afghanistan has further improved his chances to succeed General Qamar Javed Bajwa.

Reports state that General Bajwa will keep the four, who are vying to become his successor, in the dark. Especially, until the time comes to announce the next chief, which will not happen till next year.

As of now, General Bajwa will remain as the Pakistan Army chief until 28 November 2022.

Earlier, General Bajwa was to retire on November 29 last year at the end of his three-year original term. But Prime Minister Imran Khan gave the 59-year-old army chief another extension of the same length citing regional security situation through a notification on 19 August.

These appointments and transfers have taken place today. There will also be more as some of the top generals reach their end of term shortly.