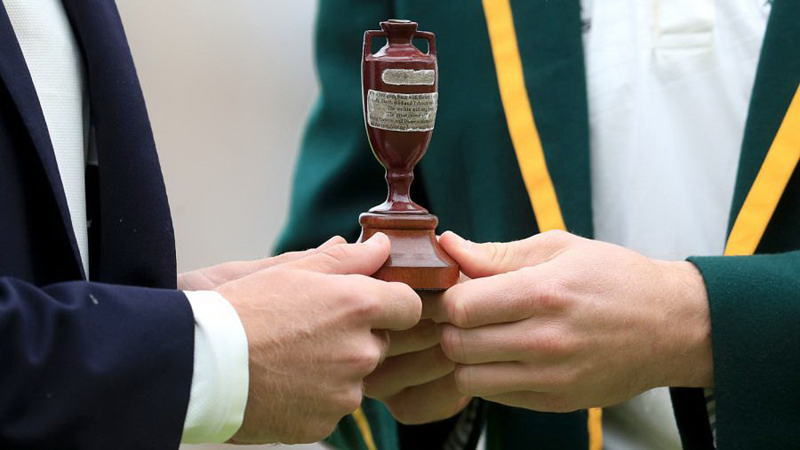 SYDNEY: Australia offspinner Nathan Lyon, as well other potential Test squad members from New South Wales and Victoria, are set to face a challenge as to how and when they need to enter Queensland with the prospect of a 14-day hotel quarantine likely ahead of the first Ashes Test in Brisbane on December 8. Cricket Australia faces a logistical nightmare with its Test squad members based in New South Wales and Victoria, just a day after the ECB released a statement revealing the board would meet later this week to decide “whether the conditions in place are sufficient for the tour to go ahead and enable the selection of a squad befitting a series of this significance.” It was confirmed on Tuesday that the New South Wales and Victoria men’s Sheffield Shield and Marsh Cup squads have been denied entry into South Australia in order to begin their domestic campaigns. Both teams are currently stuck in their home states due to strict border closures to other states and territories because of Covid-19 outbreaks.

Cricket NSW head of male cricket Michael Klinger confirmed that plans were being made for the two teams to play matches against each other over the next month as the two states may be open to one another by the end of October if vaccination targets are reached. However, the Queensland border is set to remain closed to NSW and Victoria, as is the Tasmania border. With the one-off Test between Australia and Afghanistan in Hobart set to be cancelled, the likes of Lyon, and other Test squad hopefuls such as Sean Abbott, James Pattinson, Marcus Harris and Will Pucovski will face some issues getting into Brisbane and may need to do 14-day quarantine, in the same manner the Australia Women’s players needed to ahead of their multi-format series with India.

Klinger was hopeful Lyon would be able to play two Shield matches provided NSW and Victoria can put the games on but was mindful of the timing around when he would be required in Queensland. “I suppose the next challenge for us is getting someone like Nathan up into Queensland where the first Test is going to be,” Klinger said. “We’ll obviously work with Cricket Australia on that to find out how we’re going to do that to make sure he’s up there by late November, early December, whenever the guys come back from the World Cup as well. I suppose the biggest challenge with the guys coming back from the World Cup is we just don’t know what date that will be because we just don’t know if they’re going to make the semi-final or the final, so we’ll just have to be quite flexible with that situation and make sure we get Nath back to marry up with that. And potentially, we’re hopeful guys like Moises Henriques and Sean Abbott might be in contention for selection as well.”

Henriques is currently playing in the IPL in the UAE but is not part of Australia’s T20 World Cup squad and will head home to complete 14 days hotel quarantine in Australia before joining the NSW squad for the proposed fixtures against Victoria. “We’ll obviously work with Cricket Australia on that to find out how we’re going to do that to make sure Nathan’s up there by late November, early December, whenever the guys come back from the World Cup as well.” Despite the NSW and Victoria teams being unable to get exemptions to travel and quarantine interstate, Klinger said the individual Test players wouldn’t have the same problem.

“I don’t think it will be an issue for someone like Nathan,” Klinger said. “When Cricket Victoria and Cricket NSW are trying to get exemptions to get into other states when you’re talking about players and staff, you’re talking up to 40 to 50 people, and umpires included in that as well. I think it’s a different story when you’re trying to get exemptions for one, two, or three people than 40 or 50. We certainly don’t feel as though that will be an issue getting Nathan there or whoever else is needed. Similar situation with the Victorian guys as well with James Pattinson, Will Pucovski, maybe Marcus Harris, these sort of guys will be in the same boat.”

Lyon has done a full pre-season with the New South Wales squad, having not played since the Sheffield Shield final in April. The Blues’ pre-season has been significantly affected by a strict lockdown in New South Wales that began in June and has only been able to train in groups of 10. It has also impacted the preparation of Pat Cummins, Adam Zampa, and Daniel Sams ahead of the T20 World Cup. Cummins and Sams have been able to train with the NSW squad but have not played any practice matches. Zampa has been training on his own in Byron Bay, which is 756km north of Sydney, just south of the Queensland border, having been unable to go to Sydney or Queensland due to the lockdown rules.

Mitchell Starc has also been training on his own while travelling with the Australian Women’s team, in support of his wife Alyssa Healy. He has been able to use the same facilities as women, in and around their training and match days, and was even been able to bowl to Marnus Labuschagne in the nets at one point in Brisbane. However, like the other three, he will not play any practice matches or even participate in centre-wicket training before heading to the UAE later this week.