KARACHI: Pakistan’s cricket economy needs to be developed, emphasised Pakistan Cricket Board (PCB) Chairman Ramiz Raja on Tuesday, highlighting that in Pakistan cricket is run by funding from the International Cricket Council (ICC). “The participation of our local investors is lacking,” he said during his visit to the Pakistan Stock Exchange (PSX). After striking the gong to open trading, he said: “Coming here (PSX) is a unique experience. My purpose to visit Karachi was to promote investment in the cricket economy.” Raja said that national cricket depends on the ICC. “I want you to take part in boosting the economy of cricket. Cricket has grown by leaps and bounds in our neighbouring country due to investment in the sector.” The PCB chairman said that after the teams of New Zealand and England abandoned their tours of Pakistan, “we have learned two things – one is that if your team is number one, other international teams will not go back, and secondly if the cricket economy is good, the teams will not return”. Sharing his plans for the development of cricket in Pakistan, the chairman said: “We are trying to develop cricket from school level.” He urged the investors present at PSX to play their part and invest in the cricket economy. Raja highlighted that he was the fourth cricketer in the history of the country who has been appointed as the chairman of the cricket board.

Meanwhile, Raja had lashed out at former cricketer and Sindh Cricket Association Head Coach Basit Ali for calling him “Rambo” during a meeting. According to a report, the PCB chairman was holding a virtual meeting a few days ago with the head coaches of the six provincial teams. Some of the coaches were former colleagues of the PCB chairman. Basit Ali, as per the report, referred to Raja as “Rambo”, his often used nickname. Raja was displeased at being addressed by his nickname. He warned the Sindh head coach to be careful how he speaks to the PCB chairman. The report said Raja criticised another coach, Shahid Aslam, over his “friendly attitude” and told him to focus on his job. The PCB chairman had been unhappy with the coaches performance in the meeting and had warned them to pull up their socks or go home. 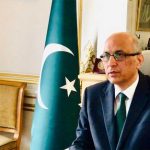