* And now, it made the Simpsons, the animated residents of Springfield — Bart, Homer, Marge, Lisa and Maggie — make their runway debut at the Paris Fashion Week 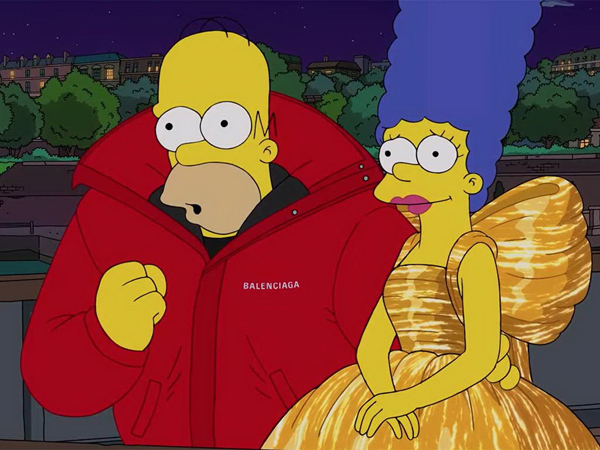 Luxury fashion house Balenciaga has been making news for a while now. Recently, it became a fodder for memes when it dressed Kim Kardashian in a black shadow outfit that even covered her face, making it impossible for her to see anything on the Met Gala 2021 red carpet. And now, it made the Simpsons, the animated residents of Springfield – Bart, Homer, Marge, Lisa and Maggie – make their runway debut at the Paris Fashion Week.

A CNN report states that for the label’s Spring-Summer 2022 showcase, guests at Théâtre du Châtelet in the French capital were treated to a 10-minute special episode of ‘The Simpsons’, which had the family travelling to Paris and modelling a range of Balenciaga looks.

Seated in the audience were Vogue editor-in-chief Anna Wintour and Balenciaga creative director Demna Gvasalia, among others. The episode begins with Homer forgetting to buy Marge a birthday gift. He comes across a Balenciaga ad on which is scribbled the word ‘someday’ on an olive green gown.

He writes to the label – but cannot quite pronounce its name – and asks for the “cheapest thing” with the brand’s “label name on it”.

Interestingly, the fashion house sends them the dress from the ad, with a price tag of 19,000 euros. Marge decides to return it, but after spending some time in it. And after an emotional thank-you letter from Homer for making his wife feel special for a day, designer Gvasalia decides the Simpsons and their Springfield “style-deprived” friends are the everyday models that he needs for his new Paris Fashion Week show.

The episode essentially poked fun at the label, with Marge getting stuck in a doorway owing to the shoulder pads in her dream gown and Homer almost fainting looking at the price tag.

According to The Guardian, it was Gvasalia’s instinct that his guests would like an episode of The Simpsons to a traditional catwalk show in the first Paris fashion week to return to a live runway format. Balenciaga’s collaboration with The Simpsons also parodied the design team and put in some Emily in Paris French cliches.

Reportedly, the episode was also a dream come true for Gvasalia, who has been a Simpsons fan since childhood.