Kriti and Rajkummar Rao to team up for ‘Hum Do Humare Do’? 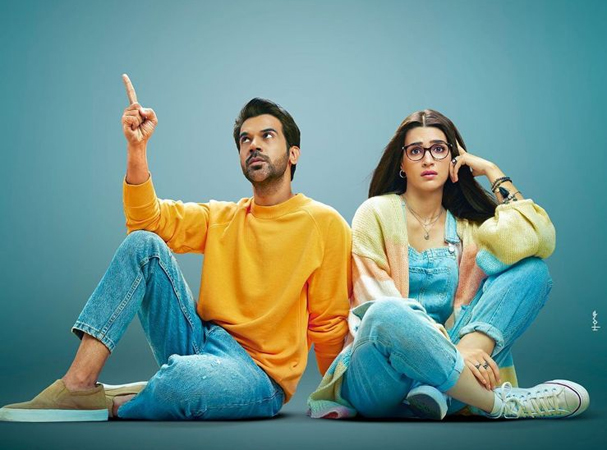 After ‘Bareilly Ki Barfi’, Kriti Sanon and Rajkummar Rao will reportedly be seen in a new film titled ‘Hum Do Humare Do’.

On Tuesday, Kriti and Rajkummar took to their respective Instagram handles and shared a picture that appears to be their looks from the upcoming movie.

In the image, the two can be seen seated on the floor. Dressed in an orange coloured sweatshirt, Rajkummar is seen giving angry looks. On the other hand, Kriti, sporting a dungaree, looks confused. She can be seen wearing specs in the poster.

Also, the text “Ab humara hero kya karega?” is written on the poster.”#HeroKyaKarega,” Kriti captioned the poster and hinted at the announcement of their new project.

Reportedly, versatile actors Ratna Pathak Shah and Paresh Rawal are also a part of the film.