PM calls for return of ‘stolen wealth’ to developing nations 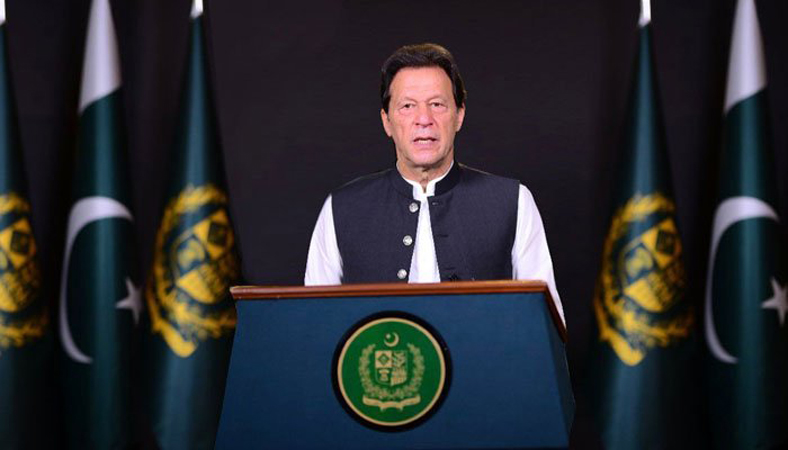 The prime minister, virtually addressing World Leaders Summit Dialogue organized on the occasion of 15th Quadrennial Meeting of UNCTAD, also emphasised the climate finance and return of stolen wealth to developing countries as part of global economic recovery from the devastating effects of the pandemic. He also reiterated his concern regarding the illicit flow of $1 trillion from developing countries to tax havens, stressing on the need to halt these outflows.

Hosted by Barbados, the World Leaders Summit Dialogue was organized by the United Nations Conference on Trade and Development (UNCTAD) during its ongoing 15th Quadrennial Meeting.

Expressing concerns over vaccine inequity, the prime minister called for a more equitable distribution. Recalling his campaign for debt relief, he advocated for debt relief until the end of the pandemic.

The prime minister reaffirmed the urgent need for mobilization of and contribution by richer countries to climate finance in view of the vulnerability and existential challenges faced by Small Island Developing Countries (SIDS) and other developing countries, including Pakistan.

Reiterating his deep concern over the huge challenge of illicit flow of money amounting to $1 trillion annually from developing countries to richer capitals and tax havens, the prime minister underscored the imperative of halting these outflows.

The prime minister was invited to the Leaders Dialogue along with presidents of Kenya, and Guyana, Secretary General UNCTAD and heads of other UN agencies, under the theme of “Building a more prosperous development path: Matching the scale of the moment”. Being held from October 4-7, 2021, the Quadrennial Conference is taking place in the backdrop of unprecedented economic, public health and social effects, induced and exacerbated by Covid-19 pandemic. Separately, Prime Minister Imran Khan Tuesday said that low cost housing projects were among the top priorities of the government, therefore it was taking steps to provide loaning facilities. The prime minister was talking to Chairman Naya Pakistan Housing Authority Lt. Gen (r) Anwar Ali Haider. During the meeting, the ongoing low cost housing projects being undertaken by the Authority came under discussion. The prime minister directed for completion of the ongoing projects on time.

The prime minister was briefed that with Kamyab Pakistan programme, further loaning facilities through the banks would be ensured. Separately, Minister for Defence Pervez Khattak also called on the prime minister. They discussed the political situation in the country.