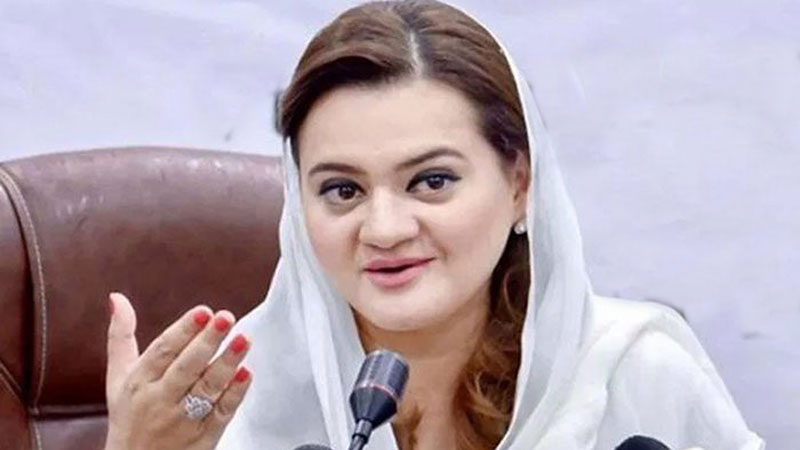 PML-N’s spokesperson Marriyum Aurangzeb slammed Federal Minister for Information and Broadcasting Fawad Chaudhry on Tuesday for suggesting that the opposition should start searching for a new leader. In a statement, the PML-N spokesperson said, “Fawad Chaudhry should keep his suggestions to himself.” Aurangzeb reminded the federal minister that the “procedure of appointing the chairman of [National Accountability Bureau] is mentioned in the constitution”. “This is not a matter of extending the tenure of the NAB chairman but a way for thieves of flour, sugar, electricity, gas, and medicines to seek a National Reconciliation Ordinance (NRO) from Imran Khan,” she said. The PML-N spokesperson went on to say that the decision to extend the tenure of the NAB chairman is a “way to protect Imran Khan and his mafia”. “Through this decision, Imran Khan will be able to safeguard his projects, including the billion-tree tsunami, the helicopter case, and the Peshawar BRT (bus rapid transit),” she said. The spokesperson added that the PTI-led government, through the decision to extend the tenure of the NAB chairman, has violated the country’s constitution. She reminded the government that as per the Constitution of Pakistan, it was a mandatory requirement for it to consult the opposition before taking such a decision. “Extending the tenure of the NAB chairman without taking the opposition on board is unconstitutional and illegal,” she said.