PPP will form govt in Centre if transparent polls are held: Bilawal 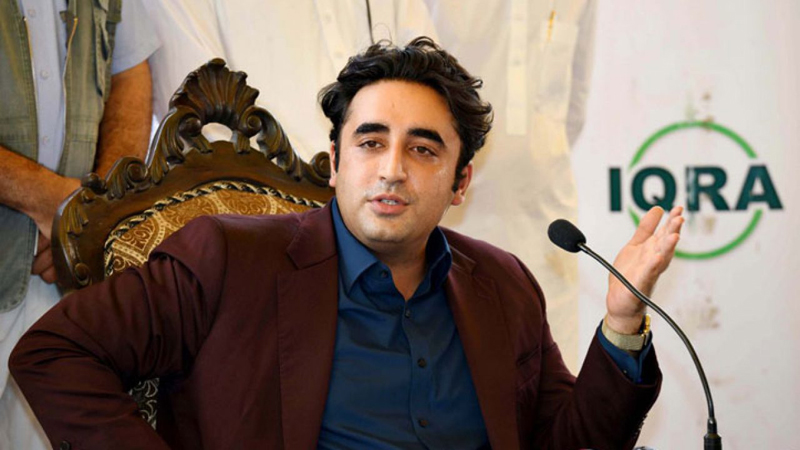 Pakistan People’s Party (PPP) Chairman Bilawal Bhutto Zardari has said that if fair and transparent elections are held in the country, his party will form governments in Centre and all four provinces.

Addressing a public rally in Kotli, Azad Kashmir, in connection with the by-election scheduled for October 10, where Chaudhry Amir Yasin is the PPP candidate, he said that the ‘puppet’ government in Azad Kashmir is busy in conspiracies against PPP and has also initiated a false case against Chaudhry Amir Yasin. He said that the jiyalas are competing in two constituencies against the ‘puppet’ government. “These jiyalas have won wars against dictators and this puppet cannot stand a chance against them,” he said. “Jiyalas will defeat the puppets once again,” he asserted.

The PPP chairman said that he has travelled by road all over Sindh and southern Punjab and has witnessed that the jiyalas are ready to defeat the ‘puppets’ and fulfill the mission of Zulfikar Ali Bhutto and Benazir Bhutto. “Once in power, we will provide relief to growers, labourers and students. We will give them relief from poverty, unemployment and price-hike. PPP is the only party which can provide relief to the people of Pakistan and Azad Kashmir,” he maintained.

He asked where are the 10 million jobs and five million houses as promised by the PTI leadership. “We have to hold this puppet government accountable. The next prime minister and chief ministers of all four provinces will be jiyalas,” he concluded.