Maryam files plea in IHC for annulment of Avenfield verdict 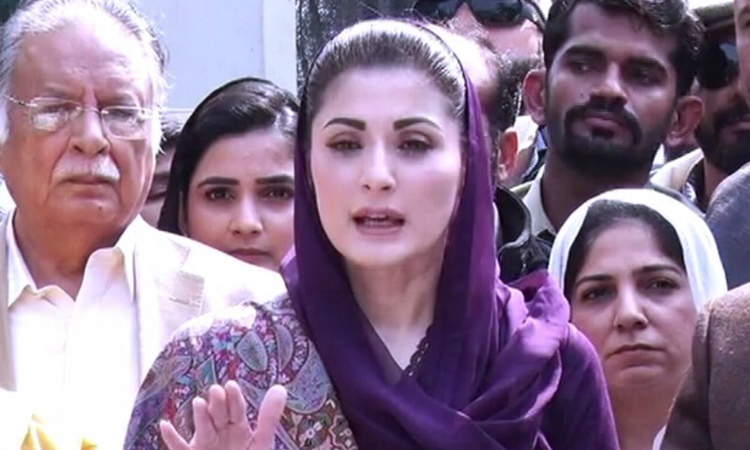 PML-N Vice President Maryam Nawaz has filed a petition in the Islamabad High Court, seeking the annulment of the verdict related to the Avenfield Apartments reference, a private TV channel reported on Tuesday.

In her petition filed through Advocate Irfan Qadir, Maryam maintained that the verdict was a ‘classic example of outright violations of law and political engineering hitherto unheard of in the history of Pakistan’. “Supreme Court supervised the entire process of the investigation of the case and monitored the prosecution,” she maintained. “Filing three separate references in the case of assets is also a violation of the law,” she said, adding that the accountability court judge would know why he didn’t notice these facts.

The plea also referred to former IHC judge Shokat Aziz Siddiqi’s address to the bar. “The judge remarked that the chief justice of Pakistan had been approached: we won’t let Nawaz Sharif and his daughter get released till the elections,” the petition quoted judge Siddiqi as saying in the address. According to the plea, Siddiqi’s remarks created doubts that the verdict of the case was biased.

Maryam’s petition stated that former accountability judge Arshad Malik’s video was also a proof that the cases against Sharif family were ‘influenced’.

The petition urged the IHC to take notice of the ‘serious violations’ and nullify the Avenfield Reference verdict while acquitting all the convicts.

Meanwhile, the IHC registrar imposed two objections on Maryam’s petition. The registrar office maintained that Maryam made the same appeal as to that in the main petition challenging the Avenfield reference verdict. Secondly, the petitioner can acquire fresh grounds only with the court’s permission.

The lawyers representing Maryam have been informed about the objections, and a special bench – comprising Justice Amir Farooq and Justice Mohsin Akhtar Kiyani – will conduct a hearing on the petition today.