Some girls return to high school in Kunduz province

Girls have returned to some secondary schools in a northern province of Afghanistan, Taliban officials and teachers said on Tuesday, but they remain barred from classrooms in much of the country.

Dozens of girls in black, some wearing white headscarves and others with black face veils, sat in chairs waving Taliban flags, in a video posted by Taliban official Suhail Shaheen.

“Girls are going to high schools in Khan Abad, Kunduz Province,” tweeted Doha-based Shaheen, who has been nominated as the new Afghan government’s permanent representative to the United Nations.

But in Kabul, education ministry official Mohammad Abid said there had been no policy change from the Taliban’s interim central government, telling AFP on Tuesday: “High schools still remain closed for girls.”

The Taliban, notorious for their brutal and oppressive rule from 1996 to 2001, have faced international fury after effectively excluding women and girls from education and work across the country.

Seven weeks after seizing power and pledging a softer version of their previous regime, the Taliban have incrementally stripped away Afghans’ freedoms. The Taliban permitted girls to attend primary school from the start, but have maintained that neither they nor their female teachers could return to secondary schools yet.

They have said girls can return to high school once their security and strict gender segregation under sharia law can be ensured. 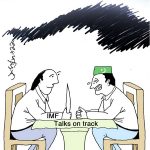