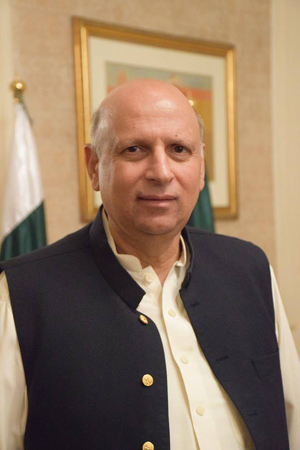 Punjab Governor Chaudhry Mohammad Sarwar said that Pakistan and Saudi Arabia share strong and historic relationship. Relations between both countries have been strategic and are strengthening with the passage of time.

According to the details, he was talking to the media and Pakistanis living in Saudi Arabia after his visit to Masjid-e-Nabawi at the special invitation of the Saudi Government. Punjab Governor Chaudhry Mohammad Sarwar said that relations between Pakistan and Saudi Arabia are based on cooperation in economic, political, security and military spheres. The relations between the two brotherly countries are time tested and are getting stronger with time, he said, adding that whenever a difficult time comes to Pakistan, the Saudi government and its people extend full support to Pakistan.

Sarwar also said that Saudis and Pakistanis share fraternal ties, adding that Pak-Saudi relations are deep and historic and the hearts of the people of both the countries beat together. Chaudhry Mohammad Sarwar said that Pakistan has a heartfelt spiritual bond with Saudi Arabia and both the countries have always stood by each other in difficult times. He said that Pakistan would always stand by Saudi Arabia to safeguard its integrity and sovereignty. He said that Pak Saudi relations have grown strong under the leadership of Prime Minister Imran Khan having no precedent in the past.