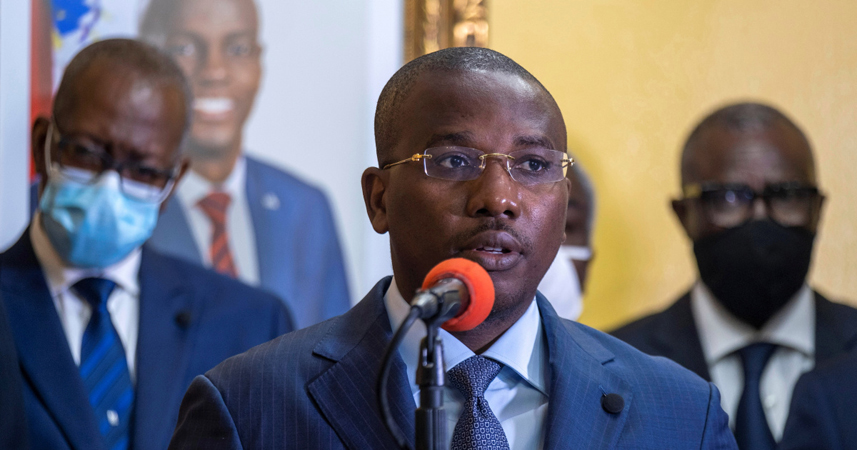 Haiti’s top diplomat has called on the United Nations Security Council for help dealing with the country’s spiralling gang violence and crime.

Foreign Minister Claude Joseph told the 15-member body on Monday that the existing UN political mission needs to pivot towards strengthening security and law enforcement institutions in Haiti, which is also in the midst of a political crisis made deeper by the assassination of President Jovenel Moise in July.

“It’s vital to take account of the new realities that the country is facing and that the mandate is adjusted accordingly,” Joseph said. The Caribbean nation has struggled since a devastating earthquake in 2010. Shortly after Moise’s assassination, another earthquake in August killed more than 2,200 people and damaged or destroyed tens of thousands of homes. That came as Haiti has continued to contend with escalating gang-related killings, kidnappings and turf wars. The violence has forced about 19,000 Haitians from their homes in recent months, with many living in makeshift shelters and unsanitary conditions, according to the UN. Meanwhile, the recent mass deportation of Haitian asylum seekers by US authorities from the Texas-Mexico border has shone a further spotlight on the dire situation in Haiti. The Security Council deployed a full-fledged peacekeeping mission in Haiti after the 2010 earthquake. It was replaced in 2017 by a police mission, which was then replaced by the smaller political mission in 2019. Also speaking on Monday, UN’s Haiti envoy Helen La Lime told the council that while Haiti’s National Police have been working to follow recommendations that UN policing experts made this summer, the force is “overstretched and under-resourced”. Haiti’s government “must implement a more holistic approach to addressing gang violence,” La Lime said. Joseph, in turn, said officials need the UN’s Haiti mission to focus on supporting the government’s efforts in “security stabilisation and the protection of civilians”. The mission’s mandate, which is up for renewal this month, currently includes promoting police professionalism and supporting a national strategy to reduce violence. It also has a number of other goals, such as advancing electoral reforms.