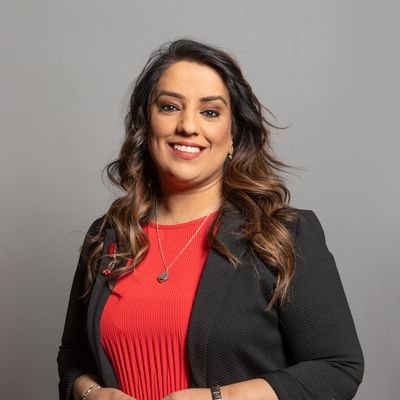 ISLAMABAD: Naz Shah, Member of the UK Parliament on Tuesday said the voice against the atrocities in Indian Occupied Kashmir needed to be galvanized at grassroots level so as to make them heard effectively at international level.

The Labour MP for Bradford West since 2015 said besides the parliaments, the voice raised by the communities about the Occupied Kashmir’s incidents of “killings, rape and pellet gunshots would have more impact on the global audience”.

Having spent her teenage years in Azad Kashmir, Shah in an exclusive interview with APP in Islamabad said, the topic of Kashmir was “very close” to her heart.

“Until every daughter in Kashmir is free of rape, people get united with families and do their businesses without having the fear of getting blinded by pellet guns, I will not stop speaking about the reality of Kashmir,” said Shah, who is currently on a visit to Pakistan.

MP Naz Shah says the topic of Kashmir is very close to her heart.

The British legislator, known as a strong voice in the House of Commons for the people of Kashmir, women and minorities, said a strategic shift in media was required to apprise the world about violations of the legitimate rights of Kashmiris.

She said it was tragic that the demography of Occupied Kashmir was being changed by those having no historical attachment with the Valley.

“You do not need to be Kashmiri but a human to see the atrocities in Kashmir,” she said.

Naz Shah called for spreading the word through active social media platforms about the plight faced by the elderly generation of Kashmir – a witness to the brutality in the Occupied Valley since decades – and also for the youth, who continue to suffer the grave inhumanities.

She emphasized that the untold stories of the abuse in Kashmir needed to be delivered to the young people in the world as part of an “effective lobbying for the Kashmir cause”.

“Relevant information and videos on social media depicting the situation in the Occupied Kashmir can generate immense international pressure,” she said. “We have seen that the issue of climate change and ‘Black lives matters’ was all about successful media campaigns”.

Asked about the growing Islamophobia in Europe, she said the western democracies needed to understand that the feelings of Muslims were hurt when the cartoons of the Holy Prophet (PBUH) were made.

“If people in the West can understand the emotional connections to the desecration of a statue, they also need to recognize the connection the Muslims have with their Prophet”, she said.

Being the UK’s Shadow Minister for Communities, Shah said that she had been emphasizing that “Islamophobia did not need any legislation, but an understanding by the people not to cause hurt to Muslims”.

She pointed out the rise in “gendered Islamophobia” where the women and children bore the brunt, saying that “We need to stop it by talking about it”.

On the status of parliamentary ties between Pakistan and the UK, she said, “The relationship needs to be strengthened and we need to speak for Kashmir”.

She suggested that it would be useful to have some briefings on Kashmir prepared before-hand and given to the parliamentarians in the UK and other countries to empower them to effectively speak for the rights of Kashmiris.